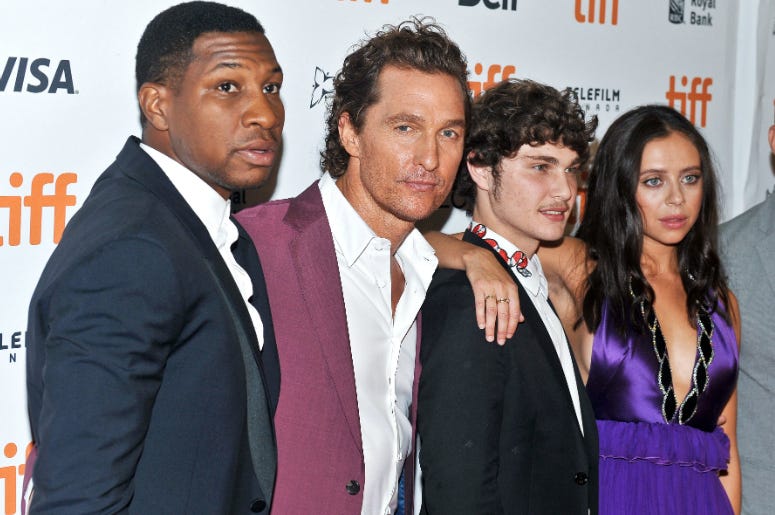 The father-son dynamic stands at the center of White Boy Rick, a true story about a Detroit family swimming in the drug-fueled era of the early 80s.

Matthew McConaughey plays Rick Wershe, a father of two who sells guns illegally and eventually attracts the attention of the FBI. In a plea deal, the federal agents convince Rick’s son to work as an undercover informant in a local drug ring to keep his father out of jail. The whole thing would be tough to believe if it wasn’t true.

We had a chance to catch up with McConaughey to talk about the film, how he handles parenting, and which of his films his kids have seen. "To be fair, if you know my career at all, I haven't made many films that my kids can watch" he laughed.

So Rick Jr. goes undercover and eventually becomes seduced by the money and power of the drug game. The teenager quickly becomes White Boy Rick, a kid on the verge of drowning in a life he didn’t choose. It’s up to McConaughey to return the favor for his son in a world far more dangerous than the one in which he was rescued from.

The most powerful moments of White Boy Rick center around this symbiotic relationship, the push and pull of these two troubled souls knowing that family is a bond bigger than any allure. Whenever that relationship takes a backseat to the decade worth of plot points, White Boy Rick gets lost in the shuffle.

Jennifer Jason Leigh and Atlanta’s Brian Tyree Henry shine in support, but it’s really McConaughey and newcomer Richie Merritt as Rick Jr. that are the reason this true story is worth telling.

White Boy Rick is out in theaters now.