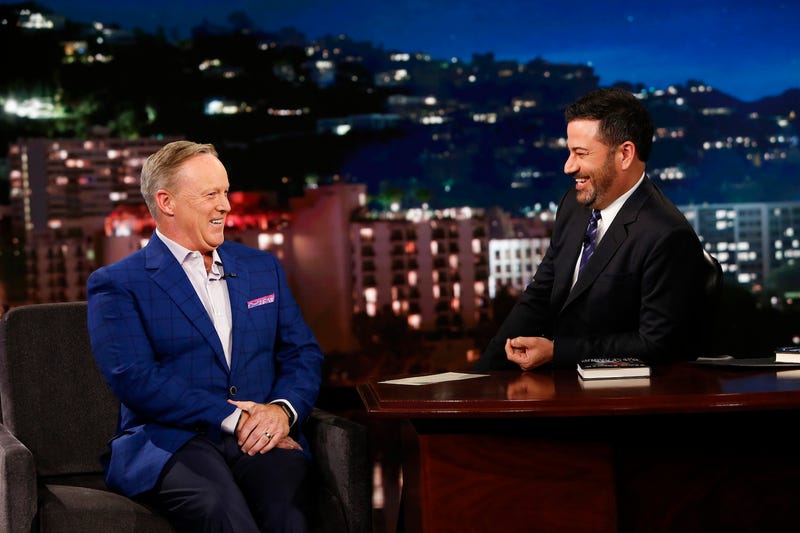 "Did she ever say, go in there and tell that son of a b---- Trump to stop making you lie?” Kimmel asked Spicer during Tuesday night's episode of Jimmy Kimmel Live! on ABC.

"My mother would never speak like that," Spicer said in response. “She’d say, ‘I'm praying for you.’”

“I imagine there was a lot of praying going on during that time of your life,” Kimmel joked in return.

Spicer appeared on Kimmel's late-night show to discuss his latest projects: a new book, called The Briefing: Politics, The Press, and the President, and a new podcast, Everything's Going to Be All Right, which Spicer hosts alongside Townhall editor and Fox News contributor Katie Pavlich.

"It's a little double entendre on 'the right.' You get it? I'm a conservative," Spicer said, explaining the show focuses on current events across politics, pop culture, sports, and more.