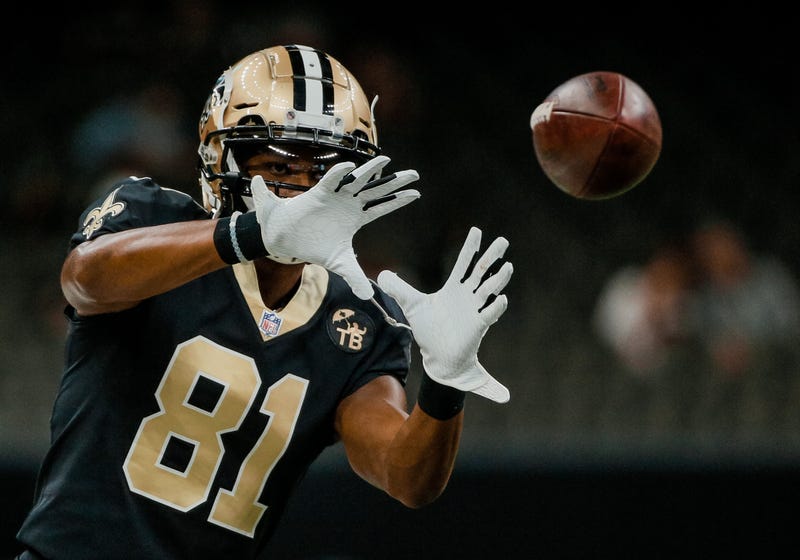 (WWL) -- The second day of Saints training camp practice is in the books and, as expected, not everything went as smoothly this early in camp as hoped. Here is the good, bad, and ugly from today's scrum on Airline Drive.

One of the biggest question marks entering training camp was the depth and talent of the Saints receiving corps.  After just a couple days of practice, those concerns seem to be slowly going away.

Cameron Meredith appears to finally be healthy, and has been a contributor during both practice days.  Meredith made multiple catches today and appears to be slowly finding chemistry with Drew Brees.  Second year receiver Keith Kirkwood impressed Bobby Hebert, making multiple catches and continually running precise routes.   Then there was Cyril Grayson Jr., the speedster and former track star from LSU who showed his jets today when outrunning cornerback Eli Apple to make a huge 60-plus yard catch on a pass from Brees.

The first couple days of training camp won't definitely tell the story of the Saints 2019 receivers, but so far they've been better than advertised.  And, remember, this is still without Michael Thomas at camp.

There was one moment that had everybody in attendance cringing a bit.  Tight end Dan Arnold dropped a a pass where he was open on a deep ball thrown by Teddy Bridgewater.  Drops happen in camp, so why was this more cringe worthy than others?

Rewind to the NFC Championship game against the Rams, when Arnold dropped what could have been a game sealing touchdown pass from Brees.  Arnold certainly shouldn't be labeled as a goat in that game, there are too many other culprits (many in striped shirts) for that, but his drop was nevertheless a critical moment in the Saints season ending loss.

Arnold's drop at practice today felt a little too familiar.  With Jared Cook and Josh Hill almost certain to make this roster, that leaves likely one remaining spot at tight end.  Arnold can't afford to have many, if any, more moments like that if he expects to be on the regular season roster, especially with rookie Alize Mack having a couple of relatively impressive days.

Ominous rain clouds began rolling into Metairie midway through practice.  The Saints try to keep practice outdoors if at all possible, especially with the fans in attendance, but concerns over player safety warranted them moving the rest of practice indoors.  That was a bummer for fans, many of whom weren't quite sure what was happening initially as the players started leaving the field.

It turned out to be the right decision by the team, as the roars and claps of thunder and lightning could continually be heard while inside the indoor practice facility.  Hopefully the weather holds up for fans tomorrow when practice resumes at 8:00 a.m.