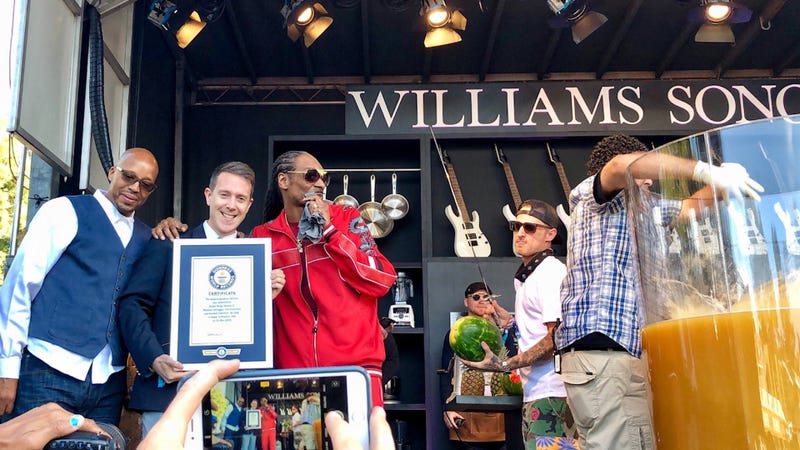 Rapper and TV personality Snoop Dogg is giving us another reason to love him!

The 46-year-old rap legend just helped create the world record-breaking largest cup of gin and juice, after the lyrics to his classic song.

Guinness World Records approved the record "Paradise Cocktail" at the Bottlerock Festival in California which in the end measured a whopping 132 gallons with "180 bottles of Hendricks gin, 154 bottles of apricot brandy, and 38 jugs of orange juice."

Perhaps the best part was that it was topped “with a giant drinking straw, pink parasol, a garnish of pineapple and melon on a sword."