“I’m gonna have to play with a splint. That’s doctor’s orders.”

That’s what Drew Brees had to say about what to expect when he returns to the field for the Saints. Brees gave WWL Radio an update on the injury to his throwing hand during his Wednesday night appearance on his weekly “QB To QB” segment with Bobby Hebert.

Brees went on to explain how the splint will be worn and what it will do.

“The splint just basically goes on the outside of the thumb,” Brees said. “I’m gonna have to tape it on there. It protects the joint to a degree because it does take a while for that ligament to actually heal. So basically while it’s healing, it has that internal brace which was sewed… back into my thumb along with the ligament. And then I’ve got this splint that sits on the outside of my thumb that I have to tape on that’s supposed to provide a little bit of protection as well.” 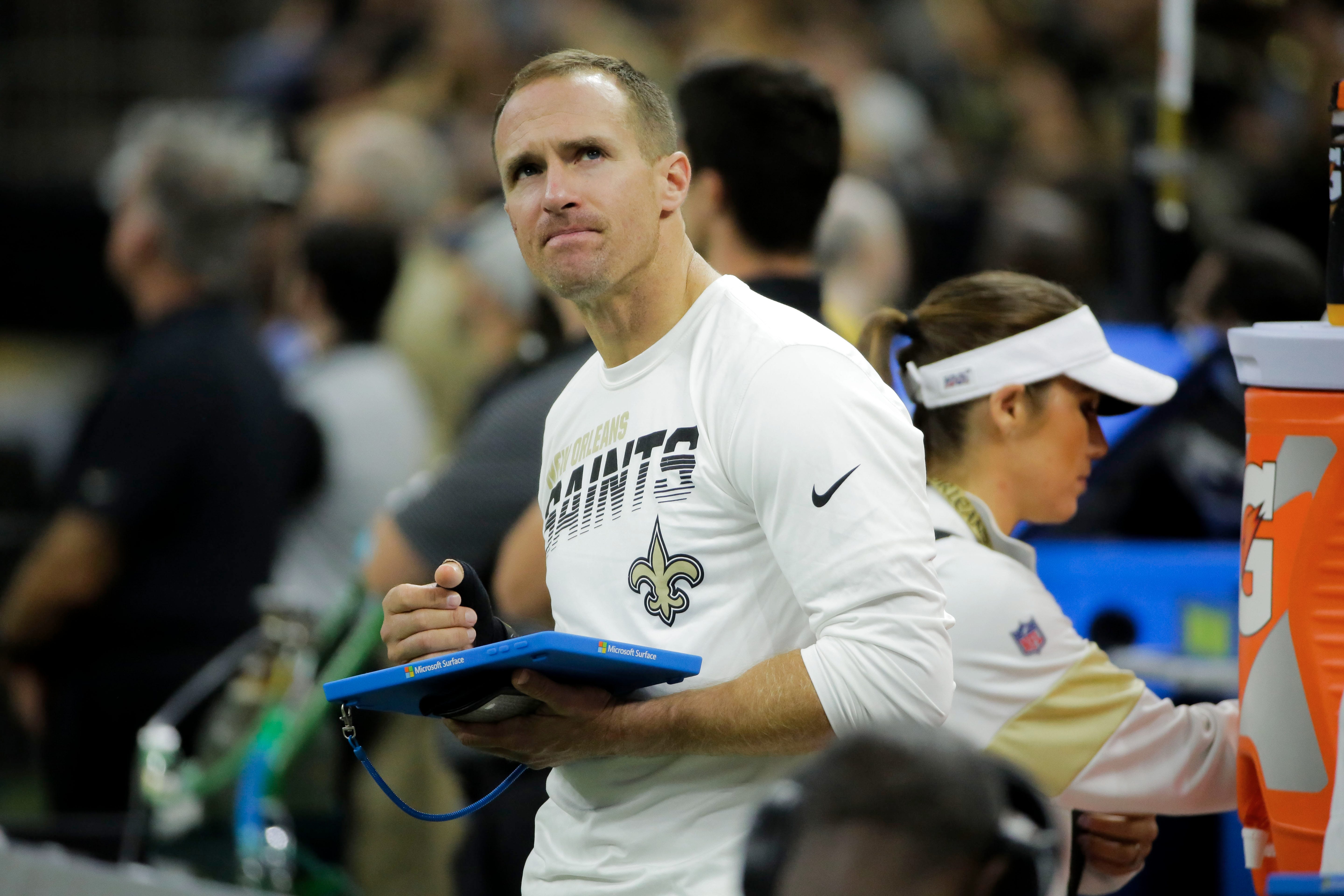 As far as his progression through rehab, Brees said he’s moved away from the Nerf products and to throwing a regulation football.

“I’ve graduated to the NFL ball,” Brees said. “I have a really kind of disciplined plan for what I need to do for strength and flexibility and then my throwing and all that stuff. So really starting to get back into it, doing football stuff, and just trying to get back as quick as I can.”

The Saints have performed admirably in Brees’s absence. The team is 4-0 in games started by Teddy Bridgewater at quarterback since the injury to Brees in Week 2. The Saints have two games left before their Week 9 bye. They’ll face the Bears in Chicago this Sunday, then return home to host the Arizona Cardinals.

You can hear the full audio of “QB To QB” by clicking the podcast link.