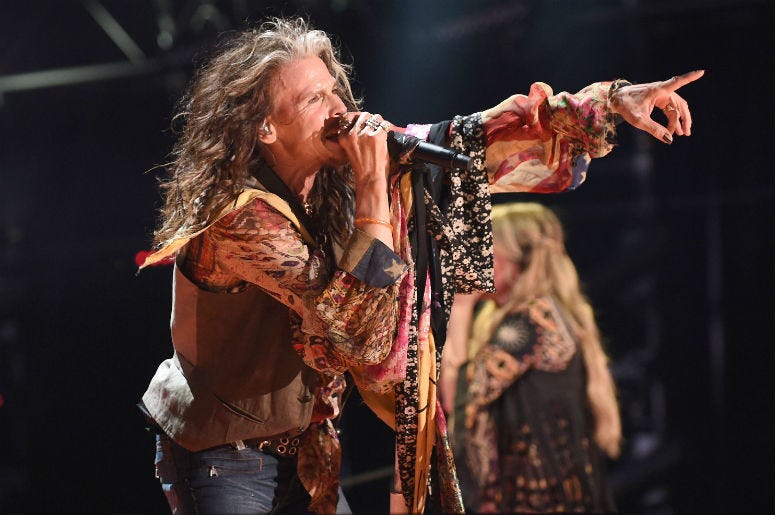 "Nashville is a key part of my musical journey and has had an influential place in my career, so this recognition from the city is a tremendous honor." So said legendary Aerosmith frontman Steven Tyler after "Steven Tyler Day" was proclaimed in Nashville in advance of the first showing of the new documentary, Out On A Limb.

The film is a personal portrait of one of the great marquee singers in rock as he wades into new musical waters and shifts gears in a different genre of music as well as the new dynamic of being a solo performer. Additionally, the documentary provides an intimate perspective on an artist's muse--the passion, drive, and search for creative fulfillment that keeps artists pushing boundaries throughout their careers.

The Out On A Limb documentary will be available May 15 for Video On Demand and digital HD.

Tyler will take his solo band, The Loving Mary, on the road with him for a brief tour of both the U.S. and Europe that will begin in mid-June and conclude after the first week of August. It's anticipated that after his solo jaunt is done, Tyler and the rest of his Aerosmith bandmates will reconvene for a Las Vegas residency before they start plotting out the Aerosmith 50th Anniversary Tour for 2019. Rock on, Steven Tyler!