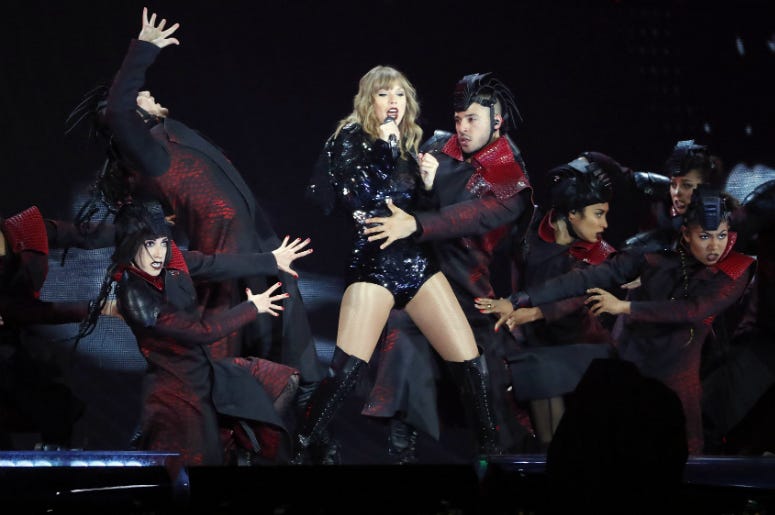 This one is pretty romantic, so get ready for it...

Anthony Yannuzzi and Stephanie Pysher have been dating for five years. They met at a Taylor Swift show, coincidentally, during her Red Tour.

Taylor was recently in Philadelphia for her Reputation Tour, and Anthony -- who wanted to give his girlfriend the "proposal of her dreams" -- attempted to hatch a sneaky plan. He secretly tweeted under the handle @TSPhilaPROPOSAL, announcing his plan and asking for assistance to meet Taylor and pop the big question to Stephanie during that special moment.

I want to give my girlfriend the proposal of her dreams! Help me spread the word so Taylor can see this. I know Taylor can make this night unforgettable. #ReputationTourPhillyProposal @taylorswift13 @taylornation13

Sadly, his scheming did not work out, and it would seem that all was lost. However, luckily, Anthony and Stephanie were randomly selected to participate in a meet and greet with Taylor. All this means that Taylor, too, had no idea what was coming.

So, we've set the stage, and are you ready for what happened next?  Here it is: