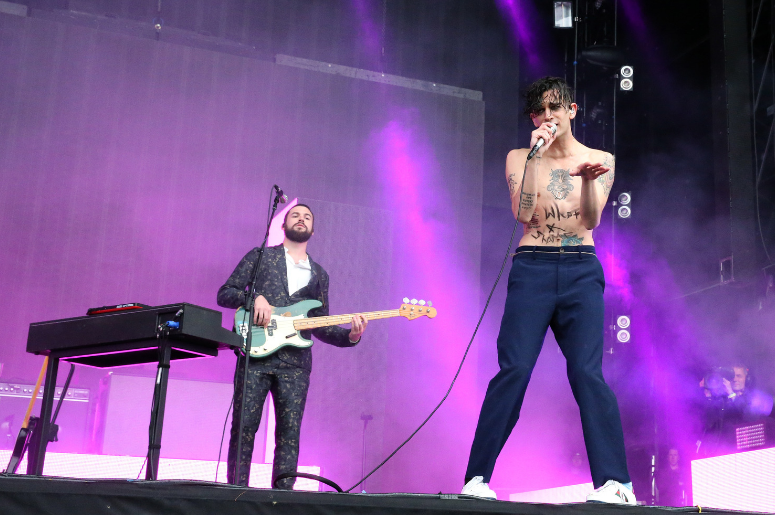 The 1975 is readying for the release of their November 30 album, A Brief Inquiry Into Online Relationships. Already-released singles from part one of an upcoming two albums from the band include “TooTimeTooTimeTooTime,” “Sincerity Is Scary,” and “Give Yourself A Try.”

The band just delivered a provocative video for single “Love It If We Made It,” addressing individuals who have been topics of discussion recently such as Kanye West, Donald Trump, Brett Kavanaugh, and many more.

Watch the vibrant new video below:

As reported by NME, the band has also confirmed an October 18 release date for upcoming single “It’s Not Living If It’s Not With You” by mailing the UK outlet a cryptic package. The package also included lyrics such as “Danny says we’re living in a simulation / But he works in a petrol station,” hinting at a dystopian theme.