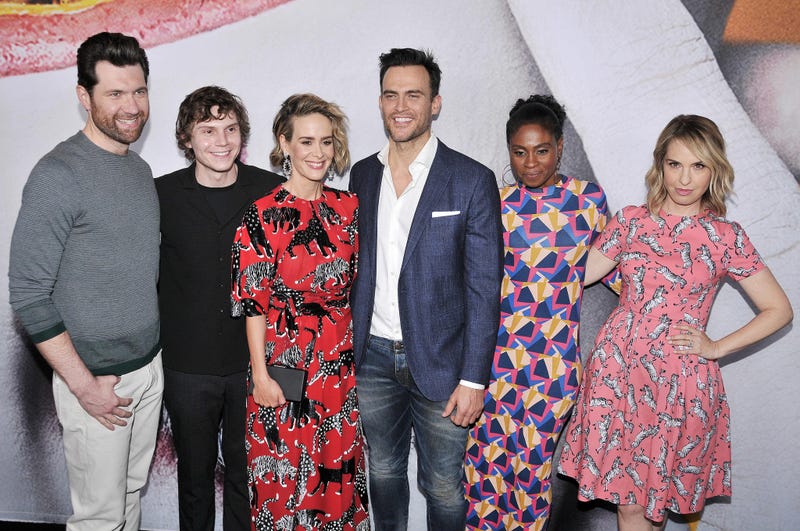 Fans weren’t expecting a crossover season of American Horror Story until next year. But, to everyone’s surprise, Co-creator Ryan Murphy took to twitter to announce that we’ll be able to see how Murder House and Coven fit together in just a few months.

The Coven/Murder House AHS crossover season won't be happening next year...because it's happening THIS YEAR. AHS #8 WITCHES RULE THIS SEPTEMBER

Murphy had previously stated that we would have to wait until season nine to see the two stories merge. Although the season was already outlined, production was expected to be delayed as some of the actors were unavailable.

The stars must have aligned as we no longer have to wait until next year-- the crossover’s release has been pushed up to this September.

So far, the return of actors Evan Peters, Sarah Paulson, Kathy Bates, Billy Eichner, Cheyenne Jackson, Adina Porter and Leslie Grossman has been confirmed. I would also expect to see Lady Gaga as her witch character has strong ties to the Coven season.

According to Insider, Lady Gaga might return to American Horror Story for the 8th season! The Coven/Murder House AHS crossover season it's happening THIS YEAR. #AHS8 #AmericanHorrorStory #AHS pic.twitter.com/OFEnBM54Vd

Fans on Twitter are losing their minds, speculating how the stories might merge and giving requests for what other actors they hope to see. September can’t come soon enough!

OHHHHH AHS8 IS THE CROSSOVER LOL I CANT 😂 I SPAT OUT MY DRINK #AmericanHorrorStory pic.twitter.com/y0SC66cNQw

Wow we are finally getting the Murder House/Coven mashup 😭😭 I already know I’m gonna be shook the entire season #AmericanHorrorStory pic.twitter.com/52RmR6omGd