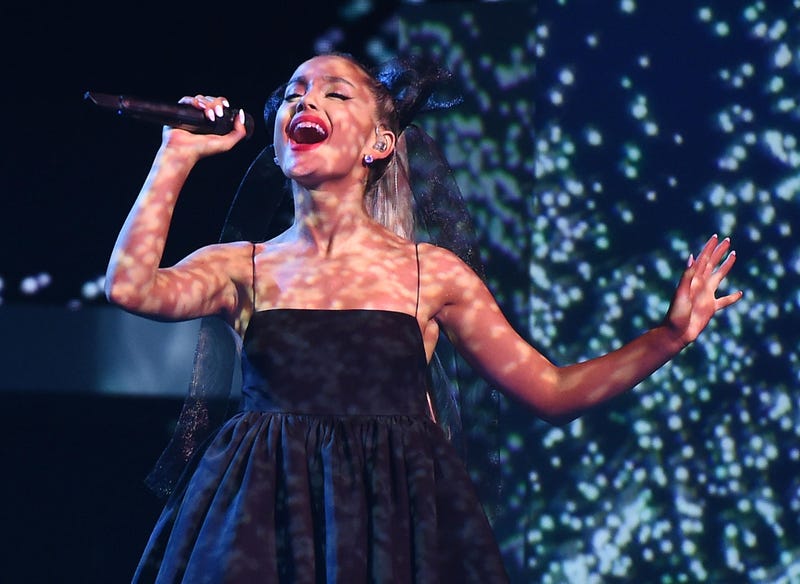 Ariana Grande, pop superstar and resident queen of the fans, has been supporting recent release Sweetener with a string of intimate shows.

Ariana’s “Sweetener Sessions” brought a crowd-fueled performance to small venues, letting them choose the setlist in between songs and delivering a show that’s structured more like a casual hang out. Her last stop hit a 1,600 person theater in LA.

During the show, Ariana restarted song “Raindrops” for a fan who wasn’t ready and didn’t start recording quickly enough.

The short intro song showcasing her powerful vocals was just one of many tracks that probably wouldn’t typically make a setlist at her stadium shows. Another rarity performed was “Only 1,” a track off of 2014’s My Everything that she’s never performed live before.

music
Ryan Adams Issues Statement on Abuse Allegations: 'This Is the Albatross That I Deserve to Carry With Me'
music
Hilary Duff Blasts July 4th Parties Amid Coronavirus Outbreak
music
Elton John Is Getting His Very Own Coin
music
John Krasinski Secretly Wore a Wig on Season 3 of ‘The Office’
news
Woman Used Her Stimulus Check to Make 400 Lasagnas for Her Neighbors
music
Why The Beatles Turned Down $50 Million to Reunite