After a whirlwind relationship that seemed to end just as unexpectedly as it started, Ariana Grande and Pete Davidson were both feeling the aftermath of their love. On top of the media mess that comes from such a public relationship, the passionate duo was also left with everything from tattoos to a pet pig. 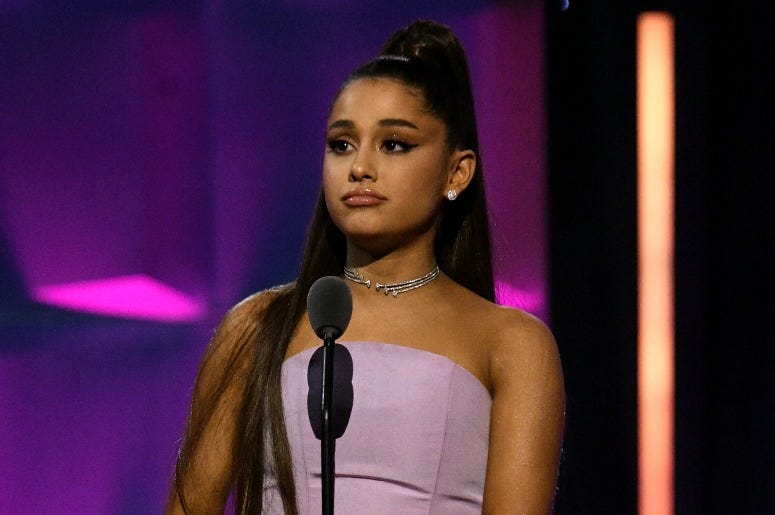 Ariana Grande Gets In The Moment On 'thank u, next'

As part of her rebound into a lasting relationship with herself, Ariana wrote the name-dropping “thank u, next” as a sincere expression of gratitude to her exes. “Even almost got married / and for Pete I’m so thankful,” her airy vocals sing in the record-breaking smash hit. In an almost hour and a half long interview with Zach Sang, Ariana did a full blown deep dive into her brand new album thank u, next.

Along with sharing stories about the creation of the album, Ariana opened up about just how “scary” sharing lead sirngle “thank u, next” was.

Multiple versions of the track were written to cover all the bases, some taking out names all together in case the direct addressing felt too forward. "And everyone, including me, was kind of like 'this is not the version,'” she explained of the more vague lyrics.

Another version was written while she and former fiancé Pete Davidson were in the middle of their on-and-off relationship. “And then we got back together, so I had to make a different version of it. And then we broke up again, so we ended up going with that version." She shares her honest feelings for each ex and explains “It was a big risk and a very scary thing to do because it is my life.”

Both parties are continuing to wrap up loose ends as Pete just got another one of his Ariana tribute tattoos covered up. A neck tattoo that once read “mille tendresse," a thousand tendernesses in French, now has a scratchy red background under bold letters that just say “cursed.” That can’t be an accidental choice…

How many licks does it take to get to the center of a tootsie roll pop? Fun tats for the homie #petedavidson. Follow me to be eligible to win a free tattoo!