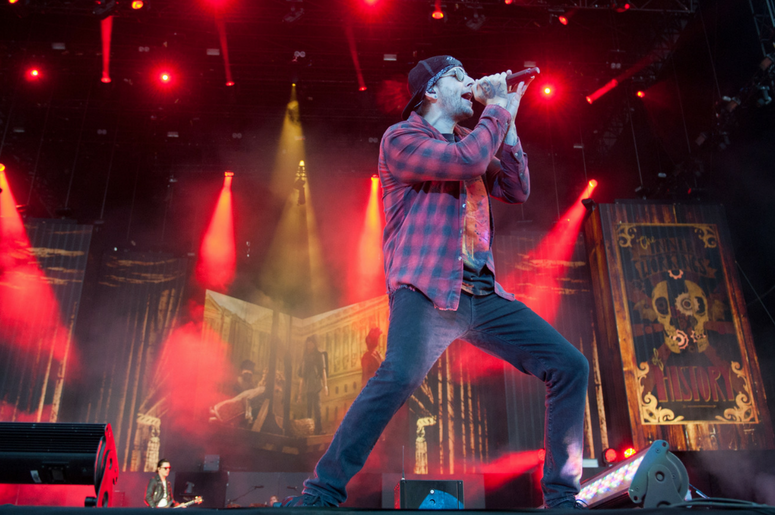 Avenged Sevenfold and Prophets Of Rage’s End Of The World Tour was without a doubt one of the most highly-anticipated tours of the summer. Heck, I had just purchased a 3rd row ticket to it.

Despite all of the excitement and planning, the rock powerhouses will no longer be hitting the road together. Avenged Sevenfold frontman M. Shadows took to Twitter to deliver the news, sharing that a viral infection he developed while on the road in Europe is preventing him from being able to sing.

A MESSAGE FROM M. SHADOWS: There's no good way to start out a note containing bad news but here it is. A terrible viral infection has rendered me voiceless. Unfortunately, this means we have to cancel all tour dates at the moment. Full statement & details: https://t.co/LHPGTf2aXB pic.twitter.com/uY1mE6k2oV

After trying to push through it, he realized things were only getting worse and singing more was equating to more damage. He expects to rest for three months before returning to the road, although it looks like the End Of The World Tour will not be rescheduled.

Read the full statement and get details about ticket refunds here.