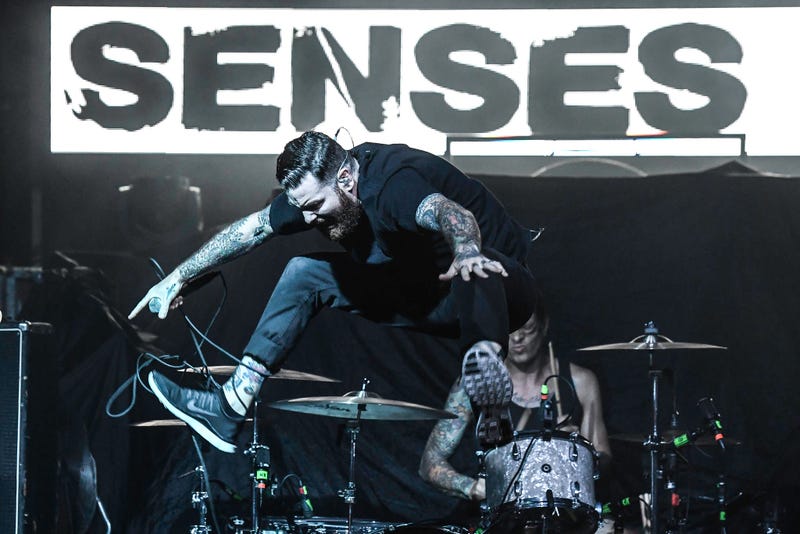 Metalcore band Bad Omens was set for a cross country run with Senses Fail and Amity Affliction, joining them on their co-headlining Misery Will Find You Tour in what apparently should have been a direct support slot.

Bad Omens ended up dropping off the tour the day after it was announced, with Senses Fail claiming they left because their logo was too small on the tour poster. You know what they say, only tour if your logo is at least font size 325. Get the credit you deserve!

It turns out, there’s a lot more to the story than just the size of their logo. In a statement released on Facebook, Bad Omens revealed that the logo size corresponded with a whole separate issue of the co-headlining bands not holding up their contract that promised Bad Omens a direct support slot.

The band handled it with the perfect response: a shirt with a tiny logo on it.

Read their full statement below:

We are always professional and respectful with the bands that we tour with. Anyone that’s toured with us can attest to...

Punk and metalcore bands are known for being willing to build a name for themselves in any way, an attitude that's encouraged bands to respond to Senses Fail’s tweet offering to join the tour with our without credit.

Yo we’ll play. You don’t even have to put us on the damn flier.

Take us, you can put our name in comic sans font or wing dings idc