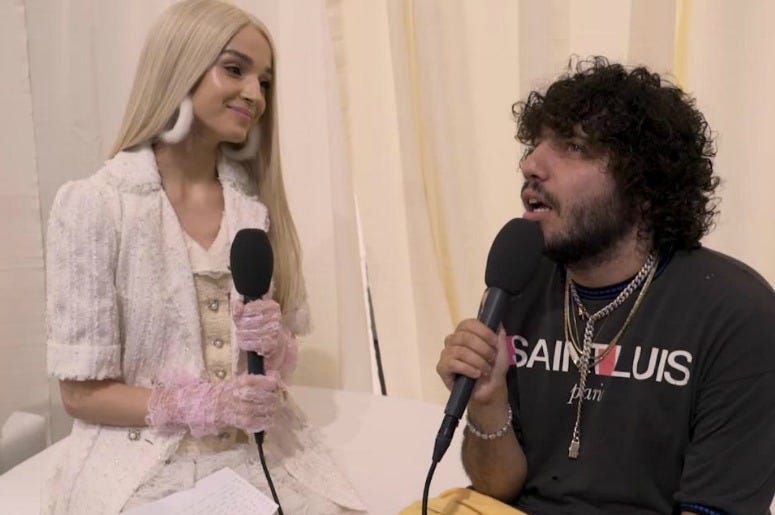 After contributing to eight GRAMMY-nominated songs, producer and songwriter Benny Blanco is preparing for his first ever performance.

Although Benny insists that he’s “terrible,” we’re beyond excited to catch his debut performance of "Eastside" with Khalid and Halsey at the 2018 American Music Awards. Leading up to the show, a pink fuzzy slipper-wearing Benny joined Poppy to show off his pedicure and promote his song… maybe.

Benny is changing the music industry by helping give songwriters and producers the credit they deserve. By appearing in both song credits and now onstage with the artists, he’s bringing the minds behind the songs into the spotlight with megahits like Justin Bieber’s “Love Yourself,” Ed Sheeran’s “Castle on the Hill” and Maroon 5’s “Moves Like Jagger.”