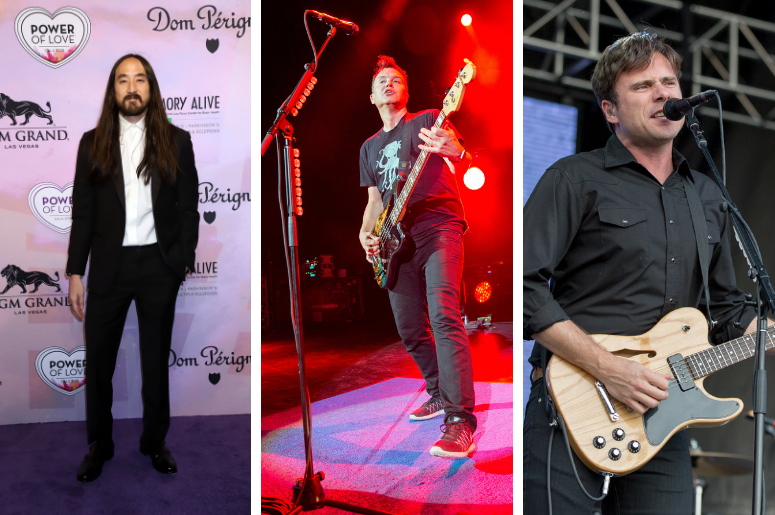 Steve Aoki is a collab master, delivering some of the biggest hits of the year by fearlessly tackling every genre from hip-hip to country to alternative.

The explosive new tracks follow a long friendship and a previous collab from Steve and Blink, previously working together on a remix of “Bored to Death.” “Why Are We So Broken” is also the first new music from Blink in well over a year, marking their first release since 2017’s deluxe edition of California.

Listen to Steve Aoki add some EDM flare to a bunch of alt artists below:

"A Lover and a Memory" ft. Mike Posner