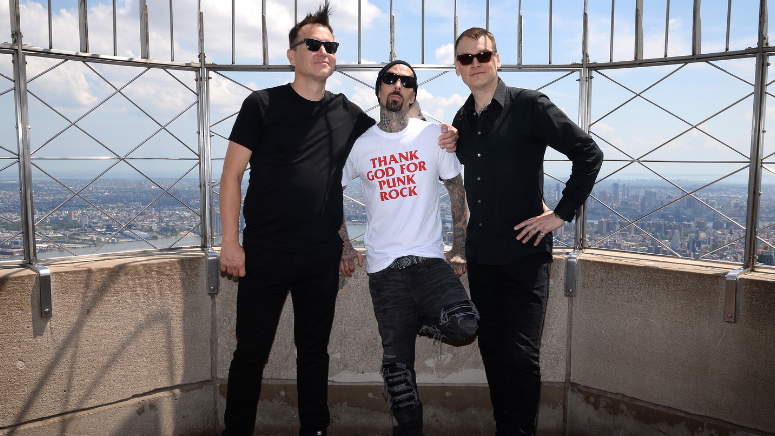 After having to postpone their Las Vegas residency and cancel a number of summer tour dates, Blink-182 is officially back.

Travis Barker has gotten the go-ahead from doctors to return to the stage after struggling with a staph infection and blot clots that hindered him from playing for months. Now, Blink has shared updated dates for their residency at the Palms Casino Resort in Las Vegas. The band will play October 26-27 November 2-3, 9-10, and 16-17.

Other Blink-182 news includes lead singer Mark Hoppus stumbling across his initial notes for their 2003 album. Although listed as a self-titled album, the band considers it untitled in an attempt to not box it in. Photos of handwritten notes include crossed out lyrics for hit “I Miss You,” a makeshift note with “Feeling This” lyrics, and more.

Looking in an old box I found my notebook from the @blink182 untitled album. pic.twitter.com/n05ThGfhNj

The lyric sharing also has fans speculating a reunion with former member Tom DeLonge. After Travis tweeted "I Miss You" lyrics with a meme-ready photo of Tom attached, rumors of a possible Enema of the State 20th anniversary tour began swirling. We won't get our hopes up just yet, but we will keep an eye on it...