Cardi B is back to set the rumors straight. After teasing that new music was on the way, the “Bodak Yellow” rapper is here with her first solo release of 2019. 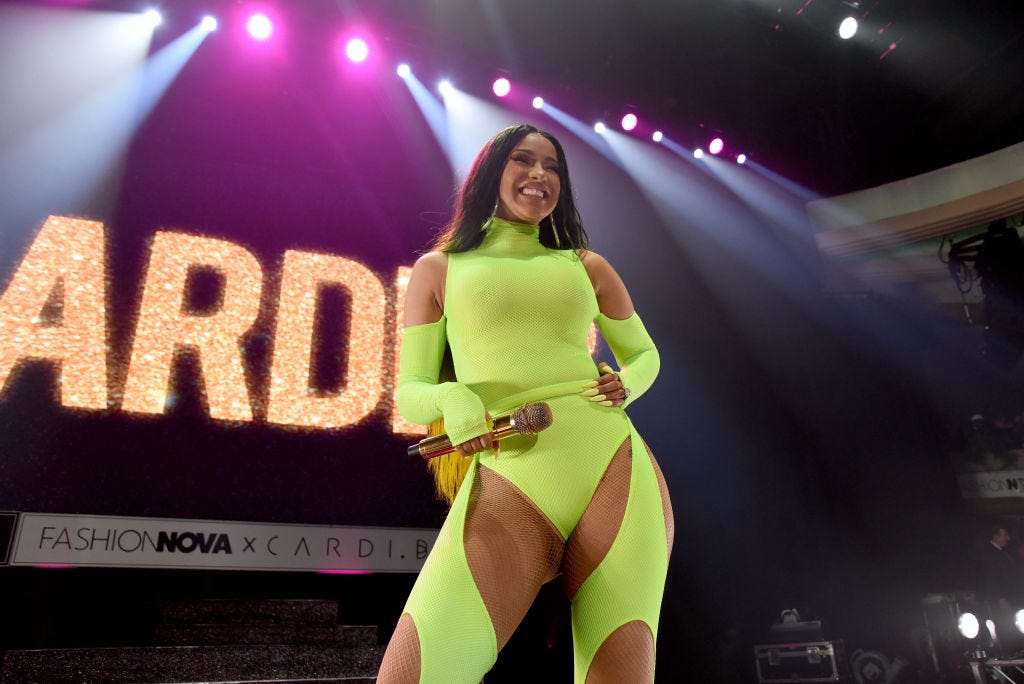 After taking time off to care for daughter Kulture Kiari Cephus, Cardi is dropping an NSFW track that claps back at the media. “Press” flexes her wealth, assures she’s as confident as ever before, and argues she doesn’t need any more press.

A provocative album cover shows a naked Cardi with censor bars in the appropriate places. The queen is donned in a giant wig and no clothes as she exits a court room to a group of old men trying to photograph her.

Along with plans to star alongside Jennifer Lopez in stripper scam movie Hustlers, Cardi has also promised that a new album is coming in 2019. While many of her desired release dates for projects have already come and gone, she previously explained that her busy schedule may keep her from releasing music as soon as she would like to.