Every day is really International Women’s Day when you think about it, but we’ll take any excuse to further highlight badass women in the music industry. From rock titans who have defined a new lane to up-and-comers with fearless genre-mixing abilities, here are some of our favorite female-fronted bands. 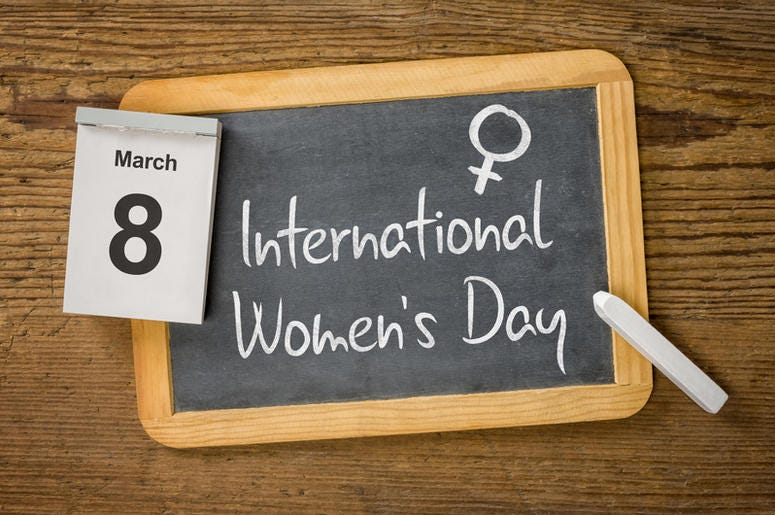 Evanescence is a total given here- leaving Amy Lee off the list would be a crime to both you personally, and the music industry as a whole. From timeless hits like “Bring Me To Life” to deep cuts where Amy’s thundering voice sits on top of melancholy strings, it’s hard to find anyone else that hits quite like Evanescence does.

Hayley Williams is a pop punk icon that’s always been open about her place as a female frontwoman, while simultaneously pushing off the notion that being a female artist is some sort of genre on its own. With longtime scene favorites like “crushcrushcrush” that continually danced the line between pop and alt before it was cool to, this fierce lady has proven Paramore is here to stay.

Scotland synth-pop band Chvrches have earned themselves slots on a slew of the biggest alternative tours in the world thanks to Lauren Mayberry’s fluttering voice and fairy-like stage presence. Often performing in a tutu, the adorable queen twirls through a discography that even includes a feature from previously mentioned queen Hayley Williams.

Halestorm is currently riding the wave of 2018 release Vicious, an unrepentant album where Lzzy Hale delivers the perfect mix of seduction and fire. In a recent interview with Kerrang, Lzzy gave nods to the women that have helped make her into the person she is today before encouraging young girls to own their inner superheroes.

Florence + The Machine’s Florence Welch is a goddess among humans, continuously delivering ethereal tracks that seem to just flow naturally from within her. Fresh off the release of “Moderation,” the “Dog Days Are Over” band is gearing up for the release of another album lead by the angelic Florence.

While we’re missing a ton of groups like Fleetwood Mac, Dorothy, and Misterwives, we just wanted to celebrate with a few great frontwomen to kick of your day full of girl power.

sports
Former NBA Player Stephen Jackson Reacts to Death of His 'Twin' George Floyd
music
FANDEMIC: Watch Wesley Schultz from The Lumineers Answer Exclusive Fan Questions
music
Lady Gaga and Ariana Grande Take to Instagram to Test Out Their Weather Reporting Skills
sports
Out of 10, How Likely is Your Sport to Return in 2020? MLBPA Exec Says 8.5, NFLPA and NBPA Execs Say 6
music
SZA Blew Up Twitter Yesterday, Are We Finally Getting New Music?
music
Halsey Can't Believe She Fractured Her Ankle in the Kitchen, and Not Onstage 'Jumping Around'