“There is no right answer," Brett Young explains of the advice he’s taken to heart while preparing for the birth of his first child. "No one’s experience in the past is going to match the one you’re going to have. You can’t be prepared for this- and that’s scary,”

Back in April, Brett Young revealed that he and wife Taylor Mills were expecting their first child. After RADIO.COM heard about the news and threw them a baby shower at the ACM awards, things moved quickly with a gender reveal just weeks later. Spoiler alert: it’s a girl! 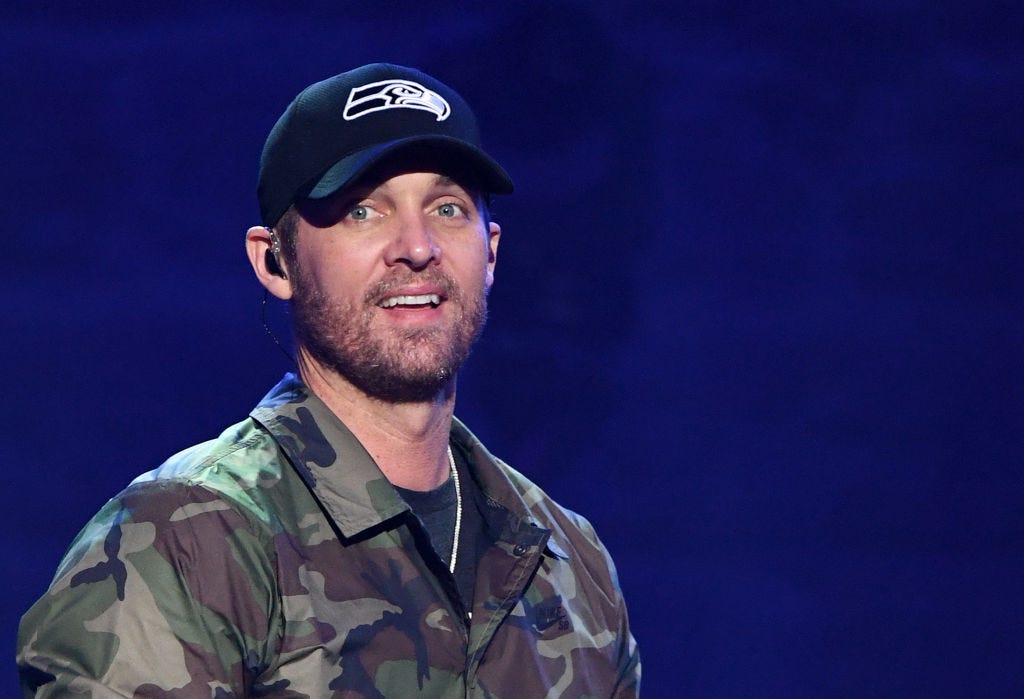 As the country star prepares for his life to be flipped upside down in the best way possible, he’s struggling with the planning aspect of being an expecting father. Or, we should say, the inability to plan.

“You just have to roll with it,” Young tells US*99 of the best parenting advice he’s received.  “It’s your child, it’s your life, and part of the genius in it is it just makes sense the second you meet your child. You start doing it on your own, you start reacting naturally to the situation, and you figure out your way.”

“Part of it’s terrifying because I’m a planner,” he admits of not truly knowing what to expect.

Watch More: Brett Young Has a Baby Shower at the ACMs

While the birth of his daughter will be unlike anything else, Young’s touring life has taught him how to handle anything that gets thrown his way.

“Not to make it the same as playing shows, but we do that onstage all the time! You don’t know what kind of crowd you’re going to walk out to: if it’s going to be full, if it’s not, if they’re going to sing back to you, if they’re not. You don’t know. But you walk out, and the energy and adrenaline is what it is that night.”

“So that advice is basically, when it happens, you’ll know how to handle it,” he perfectly summarizes.

Brett Young is touring extensively in support of his second full-length LP, Ticket to L.A. which was released in December 2018. he kicked off the tour on Jan. 18 in Welch, Minnesota and will continue to perform in cities across the U.S. including festivals this summer and fall.

You can purchase his latest LP, Ticket to L.A., here.