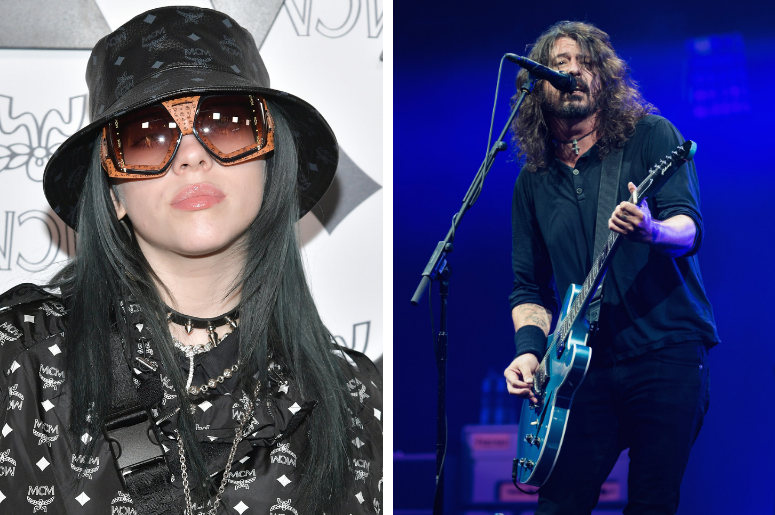 Dave Grohl and Billie Eilish are a budding friendship that’s restoring our faith in the world. After covering Billie with his daughter and recently praising her as one of the most exciting things happening in rock,
Dave is continuing his support onto daytime television. 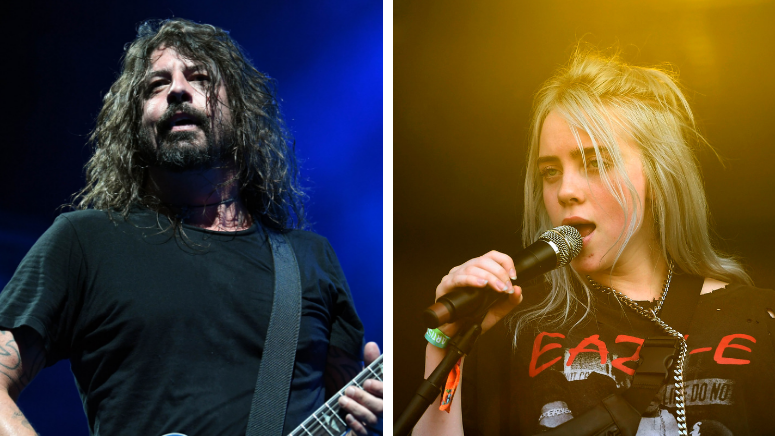 Dave Grohl Says Billie Eilish Is Like Nirvana in the '90s: “Rock and Roll Is not Close to Dead!”

Along with being surprised by a fake Justin Bieber on The Ellen DeGeneres Show, Billie performed “When The Party’s Over” and discussed her new album that’s already eyeing number one. While diving into WHEN WE ALL FALL ASLEEP, WHERE DO WE GO? and her booming career, Billie looked back at her huge accomplishments and some of her craziest celebrity encounters.

“I feel like recently I met a lot of people that my parents grew up as fans of, you know. And that’s no disrespect to your age- Dave,” she said with a teasing cackle. Dave and his daughter responded with hearty laughs that showed no disrespect was taken.

After taking a playful jab at one of the most iconic men in rock, Billie moved from talking about the Foo Fighters frontman to explaining she thought the Spice Girls were fake. She also opened up about living a Tourette’s, a diagnosis she’s found ways to deal with while trying to make sure it doesn’t define her.

Watch the clip in the video above and watch her performance of "when the party's over" below.