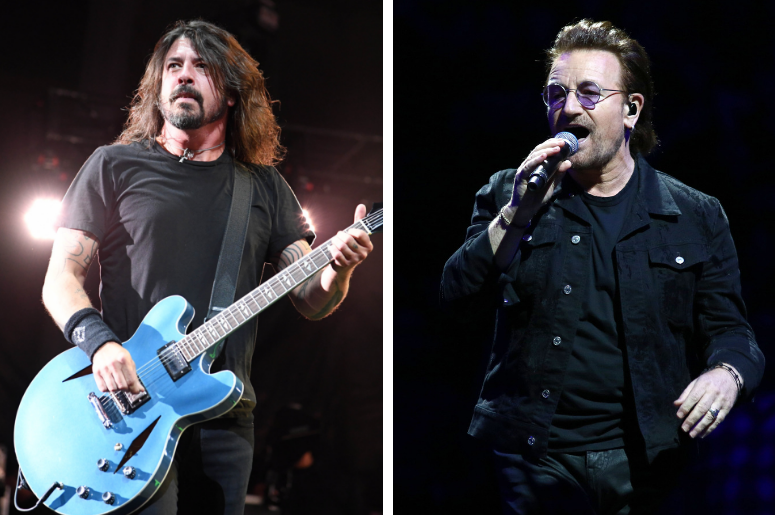 Bono and Dave Grohl both had to pull out of shows due to vocal loss, a coincidence that apparently could only mean on thing:  they’ve been kissing.

At their September 1 Berlin show, U2 was forced to cut their set midway after frontman Bono suddenly lost his voice. In an update, he shared good news from his doctor and is ready to get back on the stage with a rescheduled Berlin date already in place.

Get well soon Bono. From your Irish fans in Berlin. 🇮🇪 #U2eiTour @U2 @atu2 pic.twitter.com/CR0nbYBGgX

The Foo Fighters also just had to push back two Canada dates due to Dave Grohl losing his voice on the same Saturday. In a statement, Grohl noted "that's the last time I ever make out with Bono," joking about the two band’s parallel illnesses and cancelations.

FF RESCHEDULE 2 CANADA DATES DUE TO ILLNESS
"That’s the last time I ever make out with Bono" - DG
9/4 Edmonton & 9/6 Calgary. New dates - Edmonton 10/22 Calgary 10/23
Tix honoured for new dates. If refund is required, refunds available @ point of purchase until 9/25. pic.twitter.com/mldldml850