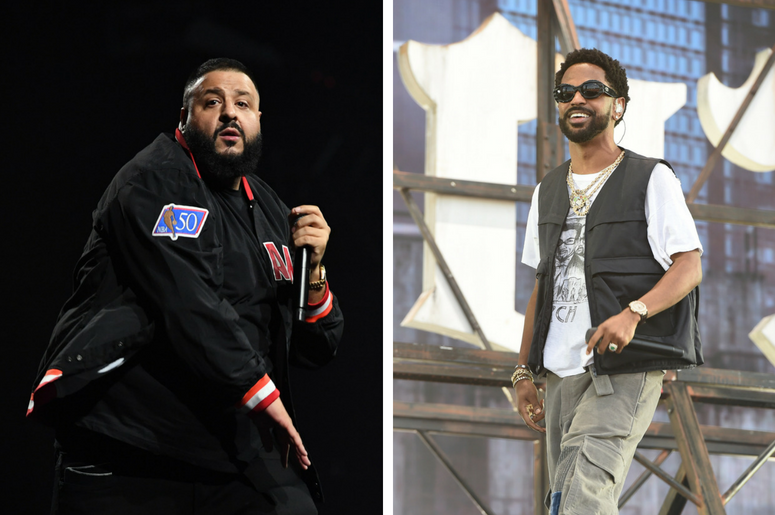 DJ Khaled is truly the collab master. His upcoming project, Father of Asahd, will be no exception and is already rumored to include Justin Bieber, JAY-Z, Beyoncé, Future, Chance The Rapper, Quavo, and more.

His latest Instagram tease shows him in the studio with Big Sean, who also shared a photo of himself and Asahd hard at work. The glimpse into the mini-mastermind’s workflow is priceless.

DJ Khaled’s next single is expected to be a collab with the power trio Chance The Rapper, Justin Bieber, and Quavo. The single, reportedly titled “Chemistry,” is this group’s second song together and follows their smash hit, “I’m The One.” Listen below: