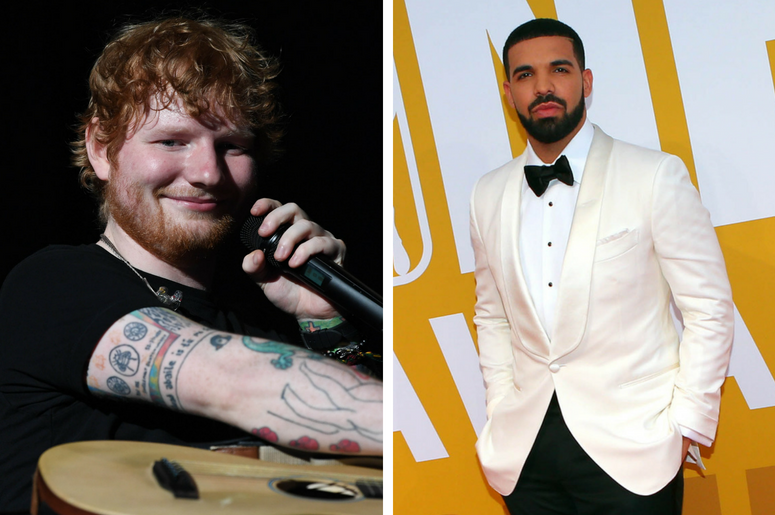 Ed Sheeran is keeping an ambitious list of dream collabs that includes singer and rapper Drake.

In an interview with Entertainment Weekly, Sheeran dished on everything from songwriting to taking inspiration from Drizzy. He noted that his upcoming project is completely out of his comfort zone, lacking acoustic guitar and following a release technique that’s far different from his past albums.

“Drake puts out these albums that are huge but then in between he sticks out projects and however big the project is, it doesn’t really matter because it’s not the album,” he noted, likely speaking of projects such as Drake’s “playlist” More Life.

"I feel like at some point, me and Drake need to do something,” he continued.

As prolific and feature-heavy as Drake is, pop artists are rarely seen in his discography… if ever. Aside from a stray feature on Justin Bieber’s 2012 Believe, he tends to stay within hip hop and R&B. Will Ed Sheeran be the one to break this mold?