“Oh come on, and you say WE’VE gone soft?” Bring Me The Horizon’s Oli Sykes prods a jam packed crowd after receiving a less-than-ideal response to his call for a rowdy circle pit. 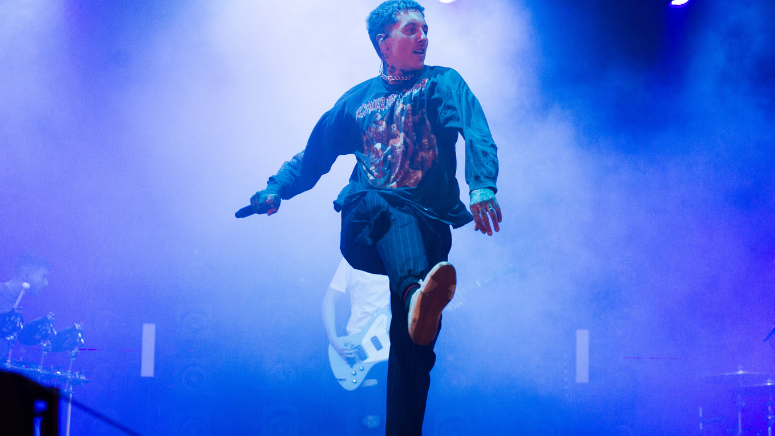 “I scream! You scream! We all scream! Except for Oli, he can’t scream anymore.” Memes teasing the British rockers for their transition out of metalcore and into a mind-bending sound that feels larger than life poke fun at their shift away from their heavy roots. Effortlessly weaving together rock, electronic, and pop, the band creates a lane of their own with new album amo.

The album deserves at least a few listens through. “It takes people a minute, ‘cause there’s no real frame of reference,” Jordan Fish explains.

Oli tells RADIO.COM they must have been aware of the polarizing nature of the album while writing it, referencing teasing tracks like "heavy metal." “We weren't gonna worry about what people thought about it, and that’s the first time we’ve ever done that with a record.” Despite the unintentionally divisive nature of their latest work, the album is also their biggest yet. Shortly after scoring their first GRAMMY nomination, the band knocked Hugh Jackman out of the top spot to notch their first No.1 album in the UK.

Even with an album that continues to stray from their beginnings, their live shows are as ruckus as ever before. Delivering stunning production that’s more captivating than what tons of artists are using in full on stadiums, the band sits atop a stage that spews out light, fog, and confetti. 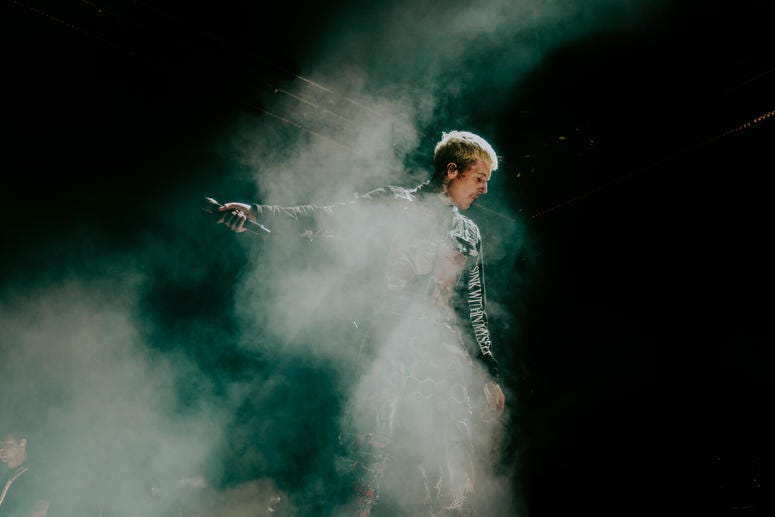 Oli entrances with a stirring opener of “i apologise if you feel something,” one of the album’s experimental numbers that helps tie together all the genres they explore. The spirited, confident, and uber stylish band commands the stage with ease, with Oli hugging the floor between spurts of screaming, twirling, and running in place. Trekking through songs that span from a medley of their growling early tracks to an acoustic rendition of That’s The Spirit’s “Drown,” they’re able to please everyone.

Even with the difficulties that have stemmed from the release of an album as fearless as amo, Bring Me The Horizon is basking in the glory of their latest release and well on their way to becoming one of the biggest bands in the world. Click here to see their upcoming tour dates. 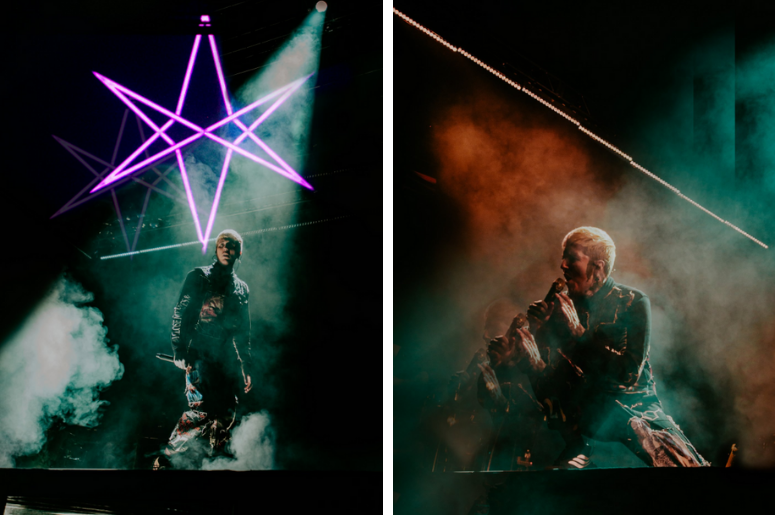