Bring Me The Horizon is diving into pop on their latest album amo… Or, more accurately, a sort of genreless microcosm that they’re creating all on their own. 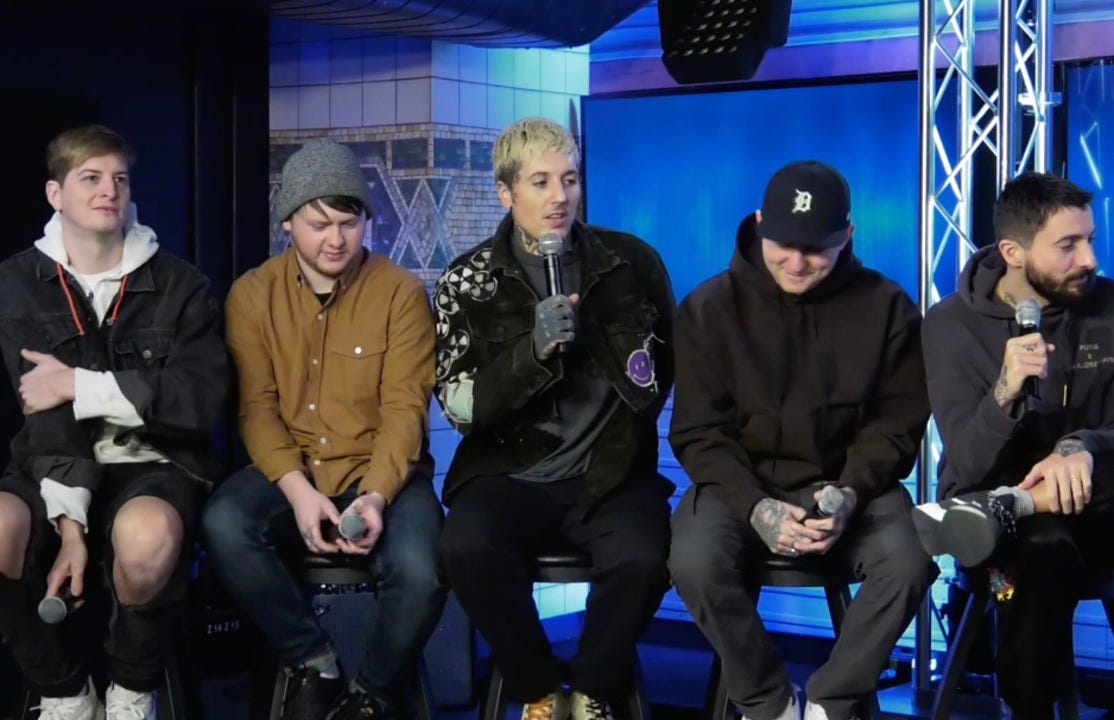 With more electronic and synth pop influences on their latest album, the band is looking back on other pioneering artists that were willing to break away from their roots in favor of something new. “You want to feel something different,” frontman Oli Sykes perfectly summarizes of their sound that’s so ambitious it takes focus to wrap your brain around it.

After successfully pushing both themselves and longtime fans out of their comfort zones, Bring Me The Horizon is continuing to set their sights on more unexpected crossovers. Longtime fan and resident emo queen Halsey has openly praised the band, leaving us with the need to find out if she was next on their list of crossover features.

BMTH is an incredible example of a band with a sound and mission that matured WITH their fans. Saw them first in 09 and still love them.

BMTH is rly THAT band.

Oli recalls the fearless ‘90s when rock was continually breaking boundaries, “when Linkin Park were doing stuff with JAY Z, Limp Bizkit were doing stuff with members of Wutang.” Hear from the band on how they’re bringing that same energy into 2019 in the video above and listen to track "heavy metal" below: