Disturbed’s Evolution has marked a huge shift for the band, bringing them further away from their “Down With The Sickness” vibes than ever before. With more ballads and emotional songs, the Chicago rockers are diving into a largely acoustic “journey” that was inspired by Led Zeppelin, The Eagles, Fleetwood Mac, and more. 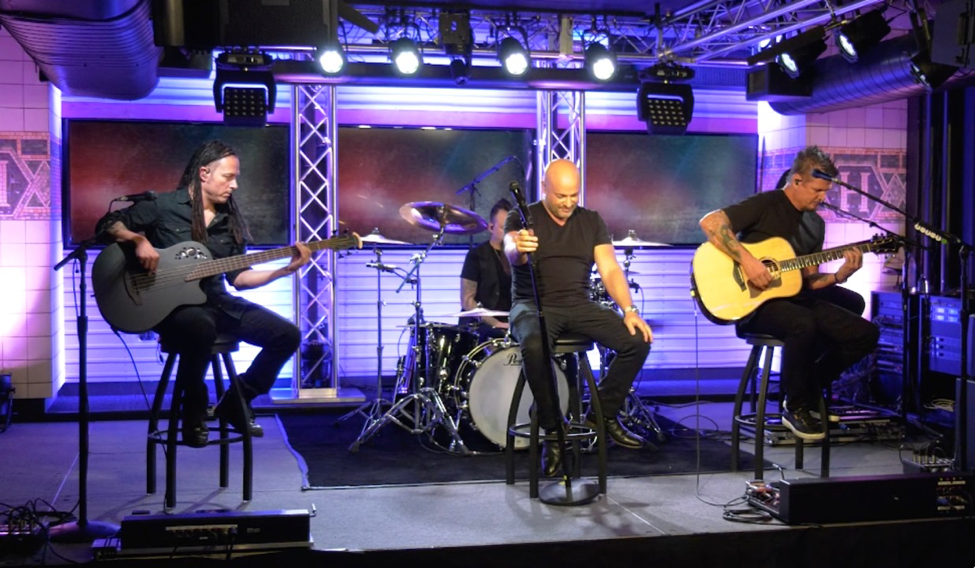 EXCLUSIVE: Disturbed Deliver Stirring Performance of “A Reason To Fight”

“We also wanted to show that we are by no means divorcing ourselves from our origins and our past,” frontman David Draiman explains of their new era. With the loss of their classic mascot on the album cover, known lovingly as "the guy," fans were worried about losing the vibe that defined Disturbed. The band has proven that that's not the case, weaving "the guy" into the core of the album instead of just throwing him on the cover.

With powerful tracks like "A Reason To Fight" and "Hold On To Memories," Disturbed acheives even more emotional depth and leaves listeners with an album that makes you think.

Hear from frontman David Draiman on what influenced their biggest change yet in the exclusive above.

Along with some great interviews, Disturbed also left us with stripped-down performances of a few Evolution tracks. Watch an incredible rendition of "A Reason to Fight" below: