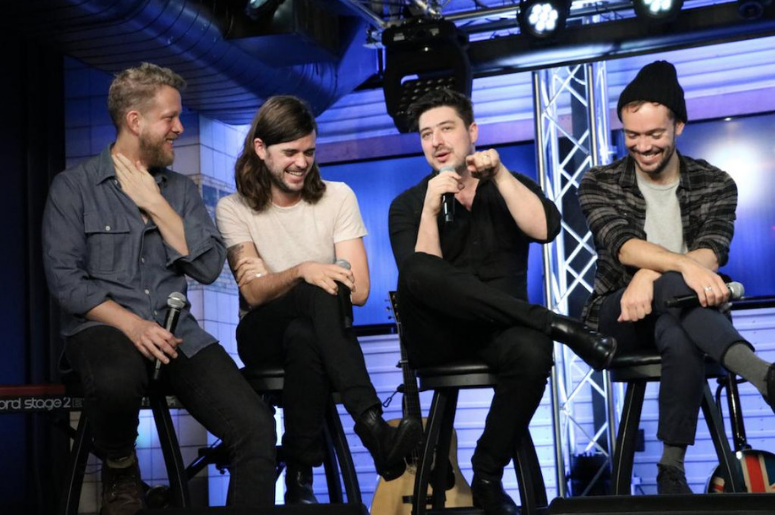 According to Mumford & Sons, Elton John is now officially known as the Fairy God Mother of Rock Bands.

After recently returning with single “Guiding Light,” the band is looking back to reflect on their life-changing GRAMMY moment. Getting ready to accept the award for Album of the Year for 2012’s Babel made them nervous wrecks, turning the career-highlight into a nightmare.

Little did they know, there was only one thing that could save them from embarrassing themselves on live TV: Elton John.