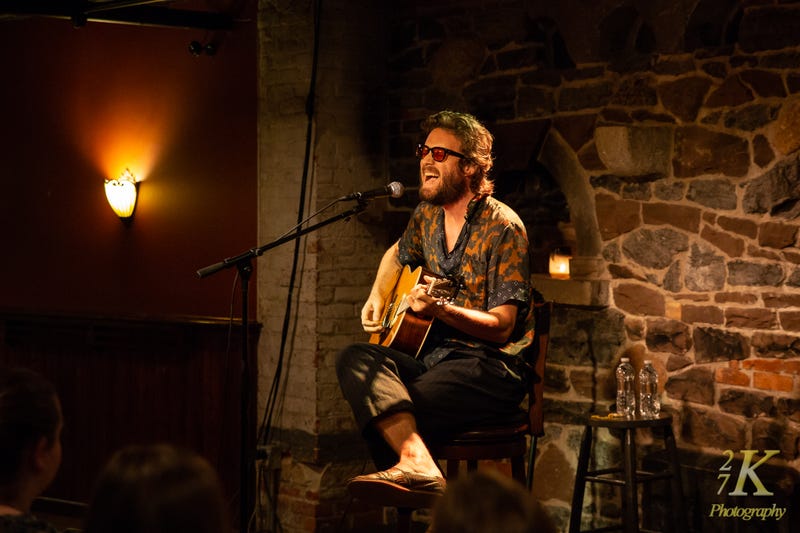 Father John Misty recently joined us for the only performance session he’s delivered this album cycle, pulling out some of his biggest hits while gearing up for his current world tour.

Josh Tillman is better known by stage name Father John Misty, a grandiose and over-the-top personality that’s quite different from Tillman’s usual understated nature. The notably independent artist continues to pave his own path rather than living within the confines of the music industry, describing himself as bad at being a famous person.

Every aspect of his music seems to have a lot of thought behind it, from the overall themes to individual lyrics and his reasoning behind them. “Chateau Lobby #4 (in C for Two Virgins)” is no different, inspired by his wife and John Lennon’s Unfinished Music No. 1: Two Virgins.

His acoustic performance of “Chateau Lobby” is the first of five exclusive performances we have lined up. Join us every Monday for the next five weeks to see the rest!