“We haven’t released music together in ten years, so there’s a lot that we feel like has been on our hearts that we wanted to put down on paper, and put down on camera, and in this music,” Joe Jonas explains of the Jonas Brothers' first album in a decade.

The Jonas Brothers went from selling Platinum record after Platinum record, to being at such odds with each other that the thought of having to take the stage together every night was too much to handle. After lows that included losing their family home and rarely speaking to each other for years, the sibling trio is back and already reclaiming the title of one of the biggest bands in the world. A documentary, an album, a tour, and a memoir are just the beginning of the year of the Jo Bros. 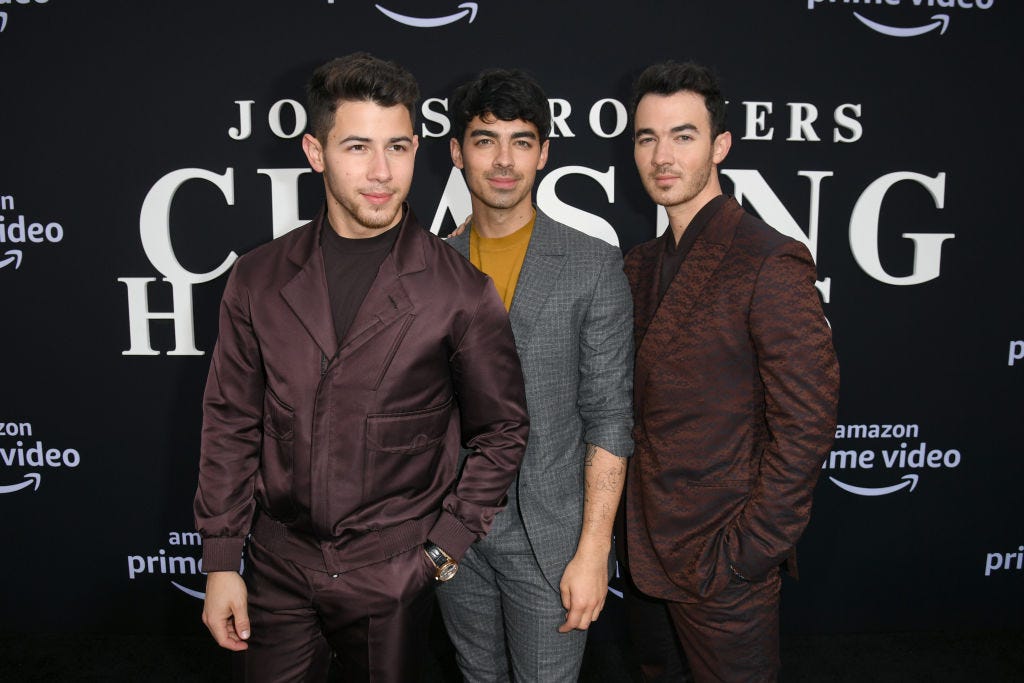 Happiness Begins marks Nick, Joe, and Kevin Jonas’ comeback after officially reuniting just months ago. With a wildly successful return after disbanding in 2013, the group is blasting back onto the scene with an incredible new album and a tour that’s already selling out.

In our exclusive interview with the mature, charming, and positive 2019 incarnation of the Jonas Brothers, the boys gave us a look into their brand-new album.

With 14 songs of optimism freshly released to the world, they each shared with us which tracks they’re most excited for everyone to hear. From the Game Of Thrones reference in single "Cool" to working with co-writer, GLAAD board member, and pop songwriting powerhouse Justin Tranter, the album is packed with moments that combine every aspect of their lives. The most honest version of themselves they've presented to date comes with wedding rings replacing the purity rings as the boys dive into marriage, love, and a whole lot of happiness.

“You know, it’s kind of like picking a favorite kid,” Nick admitted when discussing his favorite song on the album. “I think people are really going to love this record. Lots of different textures and vibes, and overall just different stories being told.”

“Happiness Begins is out today! We are so happy… that it began!” Click here to stream the Jonas Brothers’ brand-new album, and watch the video above to get a behind-the-scenes look into Happiness Begins.