Five Finger Death Punch is one of the most successful rock bands of the decade, releasing chart-topper after chart-topper through varying eras that show the band’s growth. Now, they’re teasing that their new record is going back to their heavy roots.

Latest single ““Blue on Black,” currently sitting at No.1 on the Active Rock chart, is the first taste of their upcoming album. A new video shared to their YouTube channel gives a look inside day five of their album recording process, and assures the rest of the album will be much heavier than the first single. 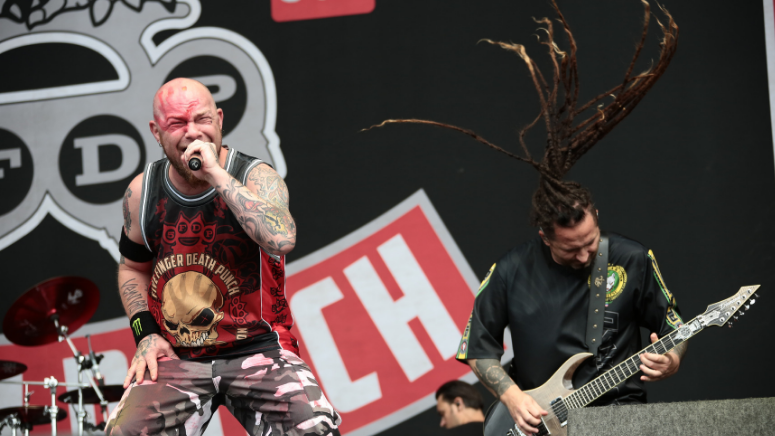 “Man, so far, this record’s gonna be… holy sh*t. It’s nasty," guitarist Zoltan Bathory explained as Ivan Moody went into the studio to lay down vocals. “Some nasty riffs, the vocals are great, kind of like War Is the Answer, Way of the Fist a little bit. For some reason, the music is kind of shifting back to that heavier side. I'm really curious to see how this is going to turn out.”

Their driving sound and blistering riffs are so iconic, the producers previously joked how bands will discuss the need to “Death Punch” a record. What Would Five Finger Death Punch Do (WWFFDPD?) is a motto to live by.

The over one year sober Ivan Moody also discussed how he’s been able to funnel his anger into more positive outlets. Along with making heavier music again, he’s centering his chakra by taking on yoga. Get a full behind-the-scenes look at their recording process in the video above and watch more from the daily series below.