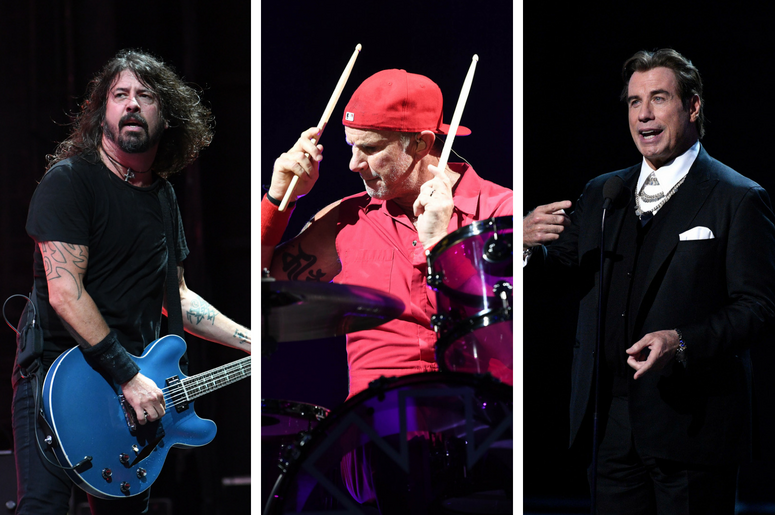 The crowd was given a truly one-of-a-kind set with special guests galore and a four-song encore. The rockers enlisted the help of Red Hot Chili Peppers drummer Chad Smith and legendary actor John Travolta.

During a cover of The Faces’ “Stay With Me,” Foo Fighters drummer Taylor Hawkins took over vocals. Smith stepped in to fill in on the kit as “he can’t not play the drums if he shows up to a show,” of course.

Watch the cover below:

Their 22-song set also featured a reunion with John Travolta who danced and sang along onstage during their cover of "You're the One That I Want."

Watch this clip from the Grease hit below: