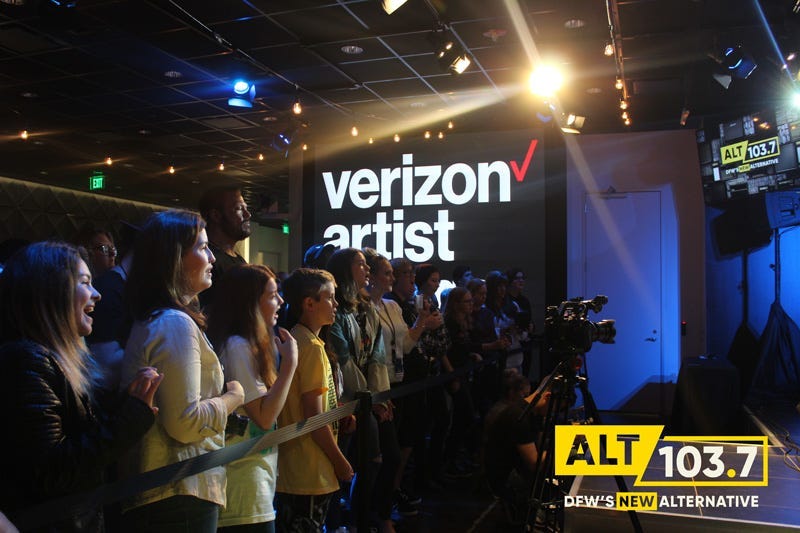 The Holy S**ts, slighty better known as the Foo Fighters, surprised fans with a set of cult favorites and covers.

The Foo Fighters brought a surprise pop-up show to the Hollywood Palladium’s parking lot to promote their upcoming Cal Jam. The lineup was listed as Chevy Metal and the Holy S**ts - a band that doesn’t actually exist. Taylor Hawkins, Foo Fighters drummer and frontman of the “ultimate cover band” Chevy Metal, jokingly asked the crowd who in the world are they are before being joined by Dave Grohl.

Before jumping into a set with the rest of the Foo Fighters, Chevy Metal covered Queen’s “Under Pressure” with a humbling appearance from Queen drummer Roger Taylor.  Once the Foo Fighters took the stage, the relatively small crowd was treated to heavy hitters such as 1999’s “Gimme Stitches,” “White Limo,” and “Everlong.”