“It’s gonna be a long one / another graveyard shift” George Strait sings on his new ode to the difficult lifestyle police officers protecting their communities endure. From facing dangers in their daily lives to having to leave their families for long days of work, their badges are more than earned. 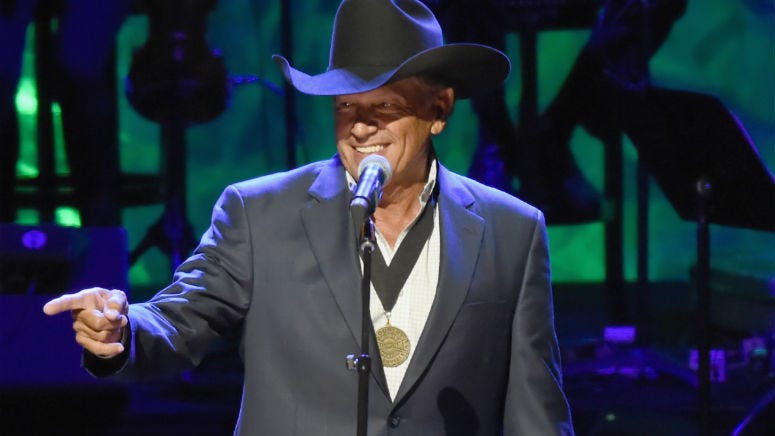 Following upbeat songs like album title track “Honky Tonk Time Machine,” the more melancholy “The Weight Of The Badge” addresses a serious issue with the help of George’s country charm. The story focuses in on one officer, detailing his trials and tribulations through a story that grinds down to the personal level of their jobs.

By weaving listeners through a moving story, "The Weight Of The Badge" serves as a reminder to empathize with the officers keeping us safe. After kissing his wife goodbye, the officer in the song is faced with the ultimate test of his dedication. Listen to the full new song in the video above.