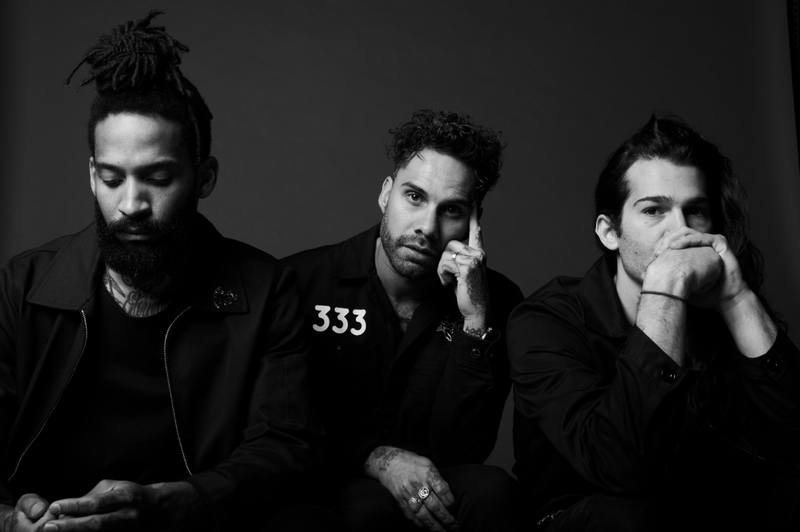 “We’re here live in the middle of what seems to be a very raucous yet focused gathering,” announces a newscaster’s voice on the intro to Fever 333’s debut album, Strength In Numb333rs. That one line perfectly sums up the entire record.

Fever 333 are making a massive debut, with a GRAMMY nomination on their resumes before they had even released a debut album. The California rock supergroup formed in 2017, taking members from Letlive, Night Verses, and The Chariot to form one of the most mind-bogglingly awesome new bands.

Presenting a sound that feels like Prophets of Rage mixed with Linkin Park, the politically-motivated group is charging onto the scene with a brand-new, sonically massive, debut album. With high expectations to meet after the underground success of their debut EP, they’re continuing to deliver on their fearlessly genre-bending potential.

Songs like “Burn It” weave through post-hardcore, hip-hop, and hints of EDM without missing a beat. From heavier tracks like "The Innocent" to acoustic ballad "Am I Here?," Strength In Numb333rs has something for everyone. Their strong messages and innovation even have fans praising them as the band the country needs right now.