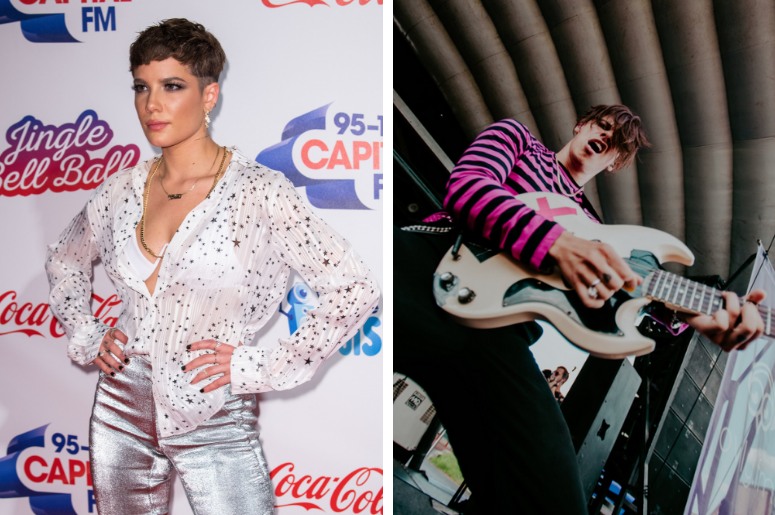 Rumors of Halsey and Yungblud being lovebirds emerged when a photo of the emerging British rocker delivering flowers to Halsey surfaced online, sparking an internet-wide debate about whether they were just friends or if there was more to it.

After the romantic photo, sources close to the “Him & I” singer said that Halsey wasn’t dating at the time and the two were very casual. Now, it looks like the young couple is ready to go public with an Instagram post that seems to confirm their relationship.

The duo is pictured cozily walking down a Camden street together with Yungblud’s signature pink socks poking out from his shoes.

Since he's not tagged in the post, many fans were trying to figure out who it was with some even mistaking Dominic Harrison (Yungblud) for former beau G-Eazy. Halsey is said to have struggled to move past her relationship with the Bay Area rapper and released "Without Me" as a fierce breakup song that helped her share her emotions and prepare herself for a fresh relationship.