Twenty One Pilots are known for being the band with a plan, from their perfectly calculated one-year social media hiatus to the hidden meanings in everything they do. 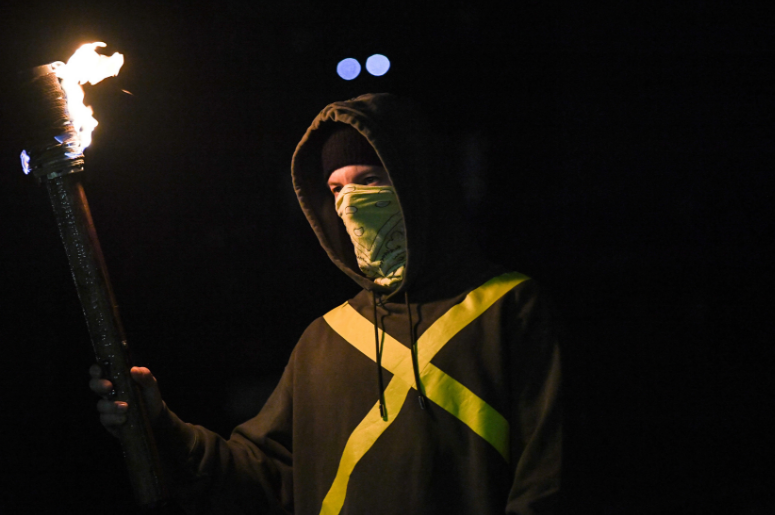 Twenty One Pilots Surprise With “Chlorine” Music Video: Here’s What We Think it Means

In a new feature with NME, they gave just a tiny look into their complexity and covered the motivation behind songs, the most famous person in their phones, and everything in between. Trench is their latest album, an incredibly deep work that lives in their dystopian land of Dema.

The 14-track LP touches on everything from mental health to love songs about Tyler Joseph's wife. One standout is “Neon Gravestone,” a somber look into the plague of glamorizing tragic loses.

Tyler praises artists for creating a space where it’s safe to talk about mental health. “I was afraid of that song. I knew that it was a sensitive topic, the last thing I needed was for someone to misunderstand what I was trying to say,” he explains to NME of “Neon Gravestone.”

From playing small clubs in Columbus to their current status as a band who’s selling out stadiums thanks to their cult following, saying they’ve come a long way is an understatement. Tyler lists Coldplay frontman Chris Martin as one of the most famous people in his phone, revisiting the time he called them to say how much he loves the band.

Currently supporting the new era that encompasses Trench, the band is trekking through Europe on the Bandito Tour before returning to the US in June.