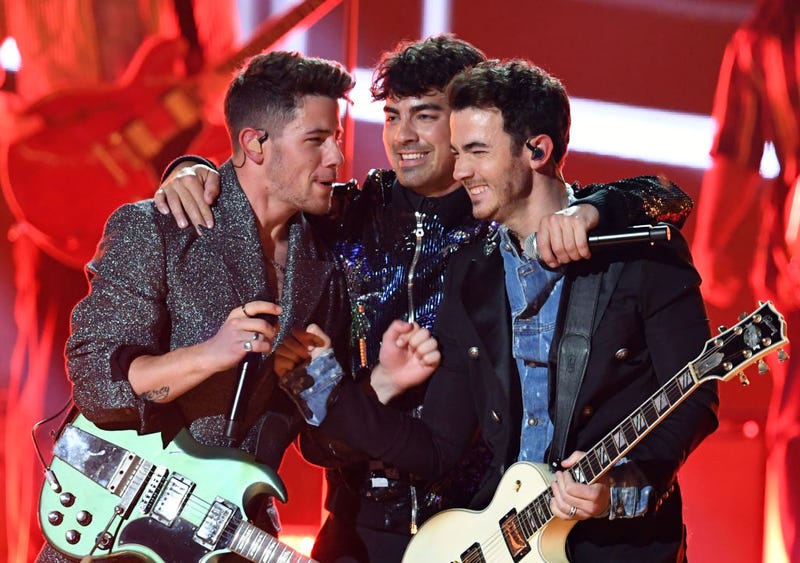 The Jonas Brothers are gearing up for their first tour in what feels like a lifetime. Although the band has broken out of their Disney roots, they still carry the childhood memories created in fans across the globe.

With followers begging for longtime favorites like “Shelf” and “Lovebug” to appear on the setlist, the Jonas Brothers are promising to deliver with rehearsal teases and tour sneak peeks.

Along with sharing a video of them dusting off “Shelf” for what we can assume is a comeback during their upcoming tour, they’re also indulging fans hoping for “Lovebug.” Joe Jonas made all of our dreams come true when he stopped to sing “Lovebug” and “Sucker” with some super talented fans.

The group of fans (unfortunately just out of shot so we can’t even see who’s killing it like that) came to their hotel prepared with a guitar, flawless harmonies, and a medley of the two songs. Watch Joe join in on their mini performance in the video below.

Some fans came to sing Lovebug and Sucker in front of the Jonas brothers’s hotel and joe stopped to sing with them, I’m so fucking emotional. pic.twitter.com/J4qAWcQyiU

Along with joining the talented fans outside their hotel, the Jonas Brothers also ran through the streets of NYC with Billy Eichner.

"The measles are back and so are the Jonas Brothers!" Billy yelled as the kickoff for Billy on the Street. Watch him make sure the world is aware of their reunion in the hilariously uncomfortable video below.