The Jonas Brothers’ comeback is one of the best things to ever happen in history- It’s the only fact that our entire society can agree on. After the beloved sibling trio returned with immediate smash hit “Sucker,” the band embarked on some once-in-a-lifetime shows in intimate venues. 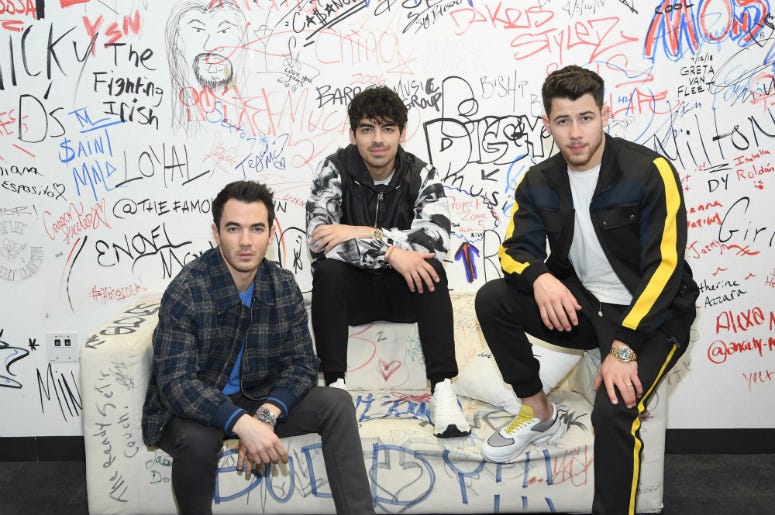 This is the "Coolest" Jonas Brothers Video Yet

From small college shows to sets with no barricade where the band was directly in front of fans, we’re honestly not sure we would have been able to handle being so up-close-and-personal with the JoBros. After making their official comeback, they’re teasing a much bigger tour happening this year.

"You keep asking us these questions we can't answer... We'll definitely tour this year at some point," Nick Jonas joked after Candice Huckeba pried for a timeline of their touring plans.

While he kept details under wraps, Joe Jonas did explain that the tour will be filled with nostalgia fit for the most OG Jonas fan.

“I don't think we have enough new songs to do a long show. But we have plenty of old ones," he revealed. Their recent setlist has included all the beloved hits like “Burnin’ Up,” some solo tracks from Nick and Joe, and even DNCE songs. See what songs they’ve been pulling from their catalogue here.