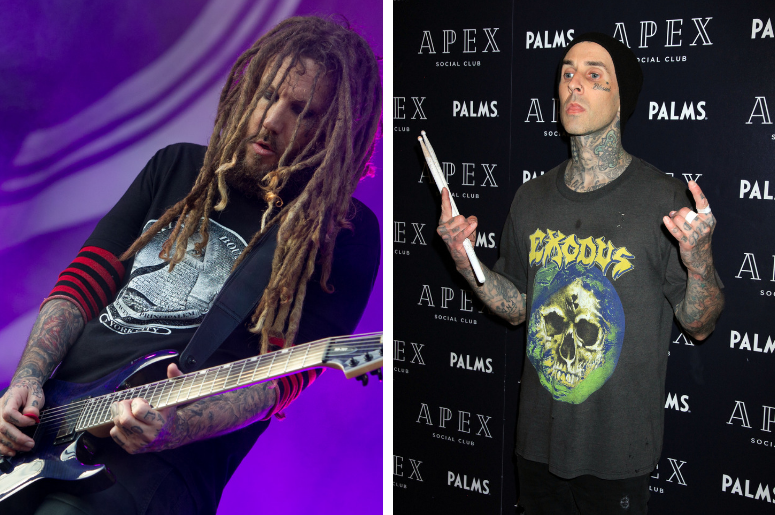 Korn are back in the studio, preparing for the release of their thirteenth studio album. Even after 25 years together, the nu-metal icons continue to deliver metal that appeals to the masses as part of what the band’s own Jonathan Davis is calling the last wave of “big, real rock bands.”

The band is pulling out all the stops for their upcoming album. In a new interview with Revolver, guitarist Brian “Head” Welch revealed that they’ve been working with producing mastermind John Feldmann (5 Seconds of Summer, The Cab, Good Charlotte, The Used, All Time Low, etc) and blink-182’s Travis Barker.

“We actually wrote with John Feldmann, too, for the demos. Travis Barker laid the temporary drums for some, and that was cool,” noted Welch when describing their work with the two collab geniuses.

He also unveiled a goal release date of fall 2019 and has previously described the album as continually evolving but very groove-oriented.

Listen to a track from their last album, 2016's The Serenity of Suffering, below: