Madonna is revealing her secrets to balancing an incredible career with being a mom to six children.

"If I'm in rehearsal, they come to see me. My kids come to see me when I get home, then I go back to work. I usually try my best to have as many meals with them as possible," she told RADIO.COM's Karen Carson from the NEW 102.7 station while promoting her new song, "Crave." It's the latest release from her upcoming album, "Madame X." 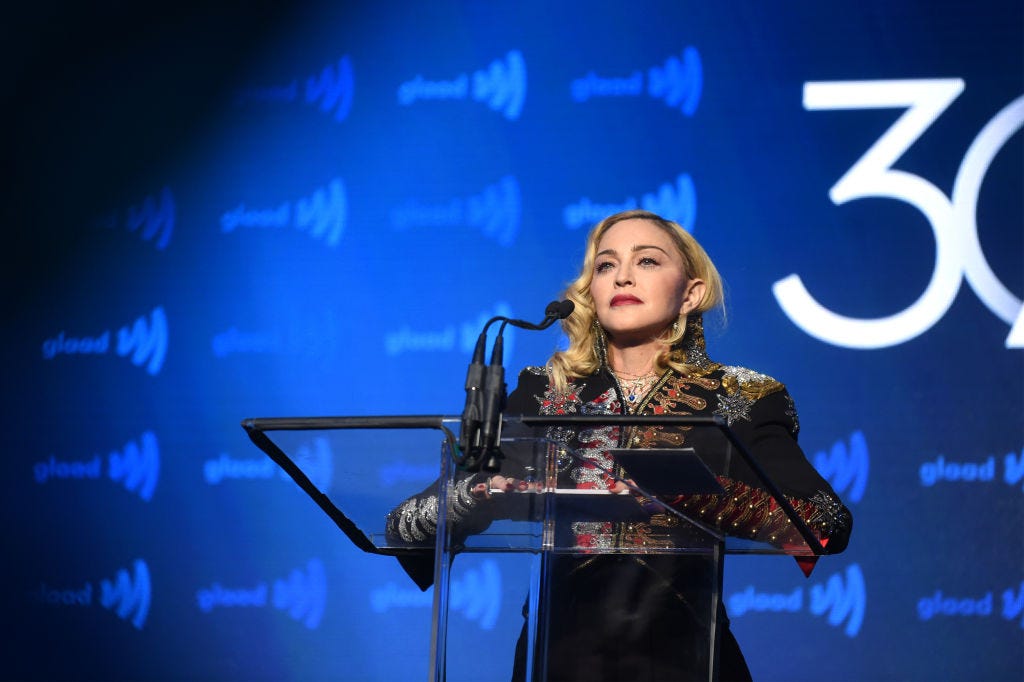 Her children, who range from six to 22 years old, have varying responses to her icon status. "The older ones could care less, and the younger ones, they think it's funny," she said. "Today my six-year-old twins said to me, 'Mom, everyone's always asking us if Madonna's our mother. And we tell them, 'No, Madame X is our mother.'"

Explaining how she manages to stay youthful-looking, she said, “I take care of myself. I don’t smoke, I don’t go in the sun, I drink very little alcohol, all those things are not good for your skin."

Madonna is fresh off the release of a collection of incredible collaborations that mesh her signature style with Colombian star Maluma, Rae Sremmurd’s Swae Lee, and Migos’ Quavo.

"Crave," the Swae Lee-assisted track, plays off of people's cravings. Asked what some of her own hazardous cravings were, she said coyly, “What are my dangerous cravings? I mean, without being specific, I would say relationships with people I shouldn’t be in.”

Describing the song's music video, she dove into how they created a visual representation for longing. “I tried to visualize and portray the idea – or the concept, the feeling – of two people longing for each other. The idea of the song ‘Crave’ is wanting something, desiring something, craving something that ultimately you know is not good for you.”

Listen to Madonna talk about her June 14 "Madame X" release, and how she maintains a work-life balance in the interview above.