Matty Healy is the eloquent, honest, and multi-talented leader of The 1975. In a new cover story for GQ Hype, the captivating frontman went from painting giant canvases to be used on the magazine's cover to diving into deep topics. 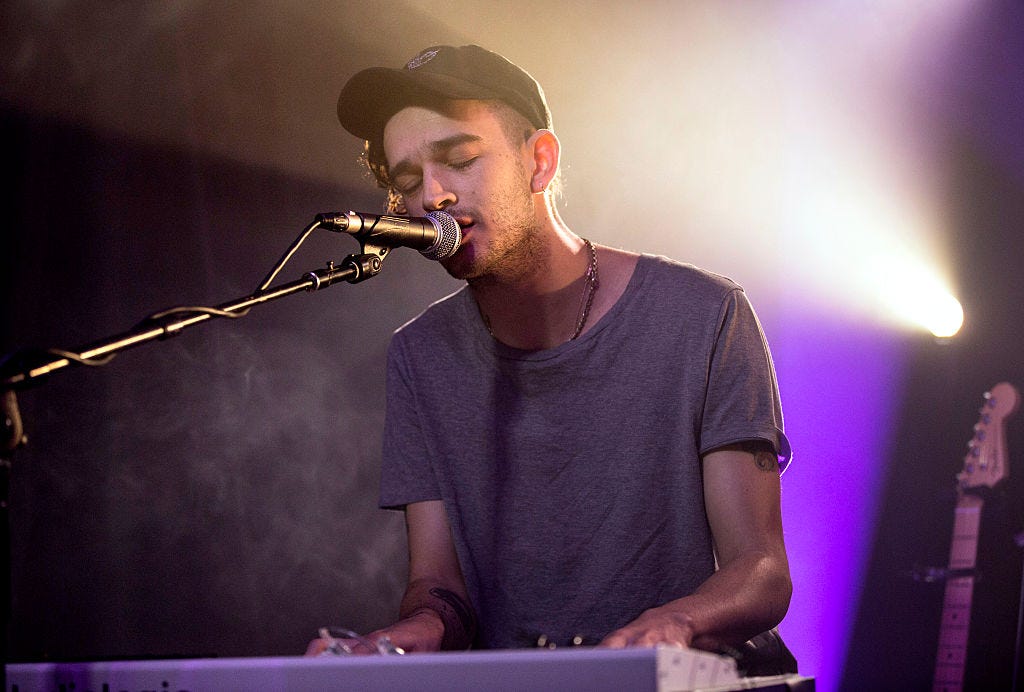 While his vocal and lyrical talents are recognized by millions, Matty is apparently also secretly a painter. After painting the cover of the most recent issue of GQ Hype, he explained how art has helped him overcome the noise of insecurities and anxiety.

“Art is a place where you don’t have to worry about those kinds of things… because it’s my only option left, really, in regards to the desire to lose one’s self,” he explains. After recently checking into rehab, the now sober Matty dismisses drugs, sex, and religion as escapes.

“That’s not a path to salvation.”

The constant depth of his conversations leads his Hype interview from discussing style into the territory of masculinity. Joining the continuous debate concerning gender lines, he explains that masculinity has never concerned him.

“But maybe I’m fortunate or privileged to have not been that interested in it,” he explains of an aesthetic that includes long, curly locks, and lots of soft pink.

Watch the full interview in the cover video above.