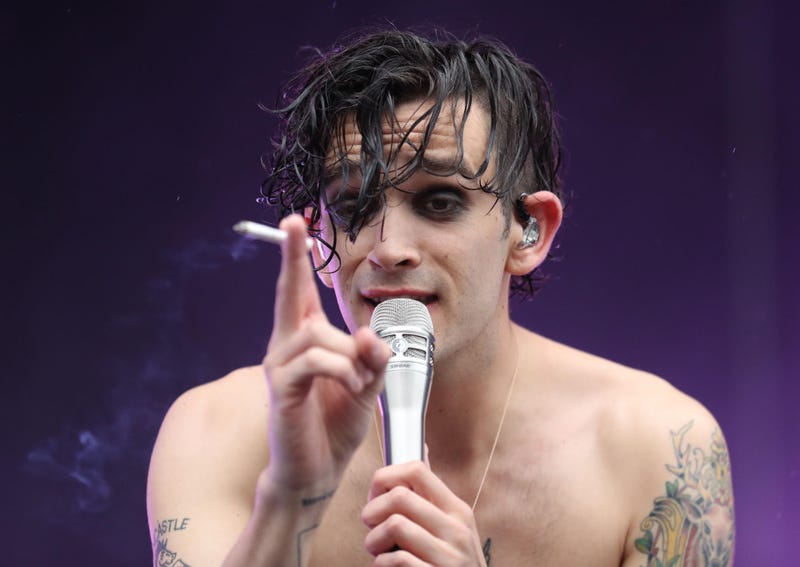 In an interview with The New York Times, The 1975’s Matty Healy gave a look into the band’s songwriting process and dished on some things that frustrate him. When explaining where the inspiration for their upcoming A Brief Inquiry Into Online Relationships comes from, Healy pointed out that it doesn’t come from rock music.

“I don’t listen to rock bands… The way that I write music is that I listen to a song I love and I copy it,” he noted. “And songs that I love are not songs by rock bands, unless they’re old classics.” Along with his lack of enthusiasm about modern rock music, he revealed his annoyance at constant comparisons to the Arctic Monkeys.

“We have guitars, but you might as well call us a microphone band — we have those, as well,” he commented when explaining how superficial the similarities of the two British bands are.

He also addressed the “shtickiness” and predictability of previous The 1975 records when describing a newfound sincerity on their upcoming A Brief Inquiry Into Online Relationships. The entirely Matty Healy-produced record is due November 30 and a very self-assured Healy ends the interview by saying to just trust the band. “We’ve done it right so far.”

While we await the band’s highly-anticipated album, watch the new video for their feature on No Rome’s “Narcissist” below: