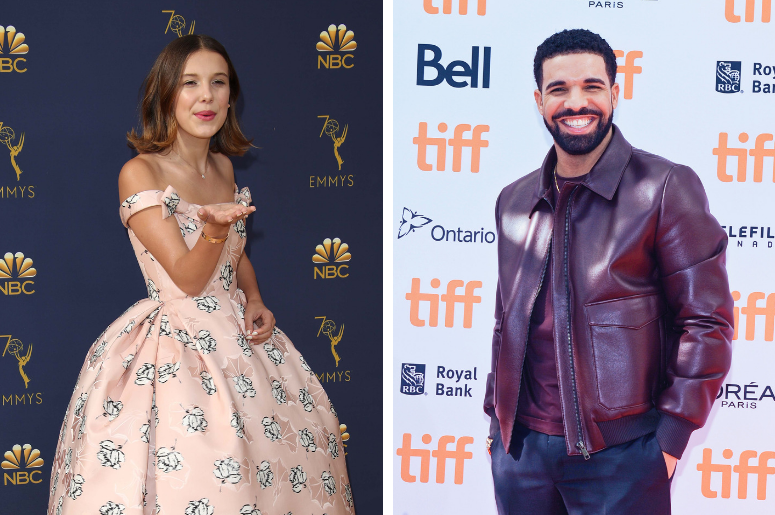 The adorable actress known for her role as Eleven on Stranger Things is apparently good friends with Drake. Talking to Access Hollywood on the Emmys red carpet, Millie calls him a “great role model” and says they text often.

She also said Drake gives her boy advice but Millie is keeping the specifics a secret.  While we’re not entirely sure our favorite player is the best person to be giving boy advice, we are in love with this friendship.