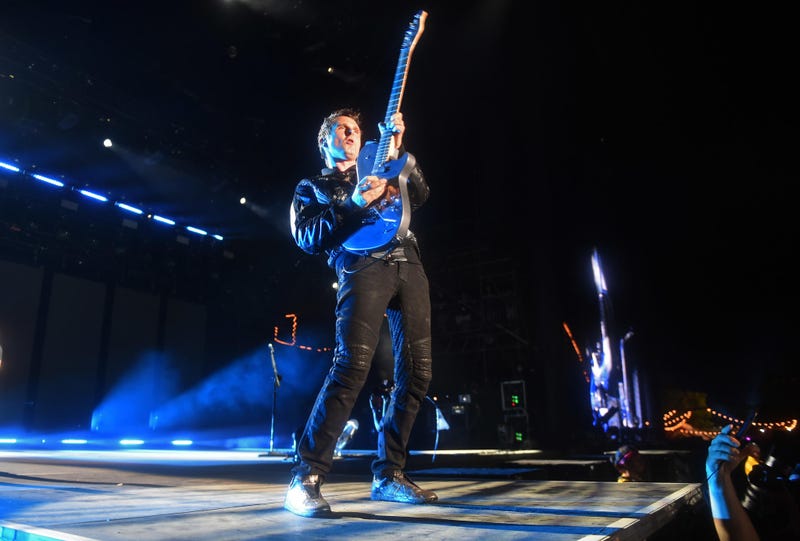 Muse is back with another album that feels larger than life, taking listeners on a journey through their dystopian world with the cinematic Simulation Theory.

Complete with a Super Deluxe edition that includes “Alternate Reality” and acoustic versions of tracks, their latest LP is more than ready to be the soundtrack to a sci-fi movie… and your life. The English rock band’s latest LP delivers sonically huge grooves such as opening track “Algorithm,” a fierce start to an album that stays just as strong the whole way through.

From driving chords to boundary-pushing effects and theatric openings, this album stands in a niche of its own. Simulation Theory’s diversity was previewed with singles such as “Pressure” and “Thought Contagion,” an anthemic track that the band previously revealed to us was actually inspired by political memes and fake news.

The album’s topical nature is enhanced with its futuristic vibes, hinting at the potential of a dismal path ahead of us if we lose our awareness and “natural instinct.” Get a look inside the politically-charged “Thought Contagion” from frontman Matt Bellamy below: