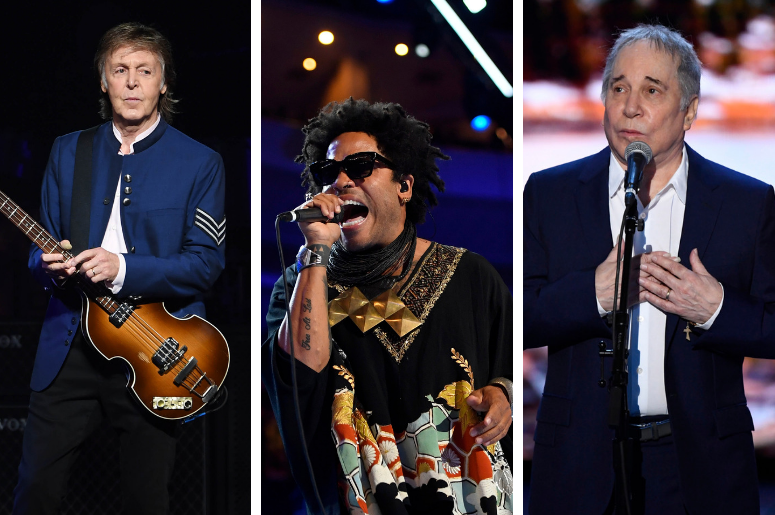 This week is filled with releases from iconic names, leaving us reveling in nostalgia with modern takes from some of our long-time favorites.

One of the most highly-anticipated albums of the year comes from Sir Paul McCartney. Egypt Station is the latest illustration of his iconic songwriting. In an interview with Jimmy Fallon, McCartney noted the concept album-nature of this work that takes listeners through 16 train stops, each unique but entirely cohesive.

Lenny Kravitz’s Raise Vibrations’ relevance is clear with politically-charged and revolution-ready songs. The powerful tracks are easy to listen to with his typical grooving beats highlighting angry lyrics. His latest blend of soul and rock is a 12-song portrait of all that makes up Lenny Kravitz.

Paul Simon just shared reimagined versions of a career-spanning array of tracks. In the Blue Light covers 40 years of tracks that range from emotional ballads to playful jams, focusing on songs the legendary musician loves but didn’t quite get the recognition they deserved.

$uicideboy$ Slick Sloth and Ruby da Cherry just shared their debut album. After racking up hundreds of millions of streams, the duo is ready to establish their name with the heavy-hitting beats and fiery chemistry shown on I Want To Die In New Orleans.

Along with releases such as the legendary Paul McCartney’s 17th solo album comes a debut EP from a name everyone should be paying attention to. Country trio Runaway June just released their self-titled EP, a 5-song project that introduces them to the country world. In our exclusive interview, the independent ladies dove into their track “Buy My Own Drinks” by showing us how they make their own.