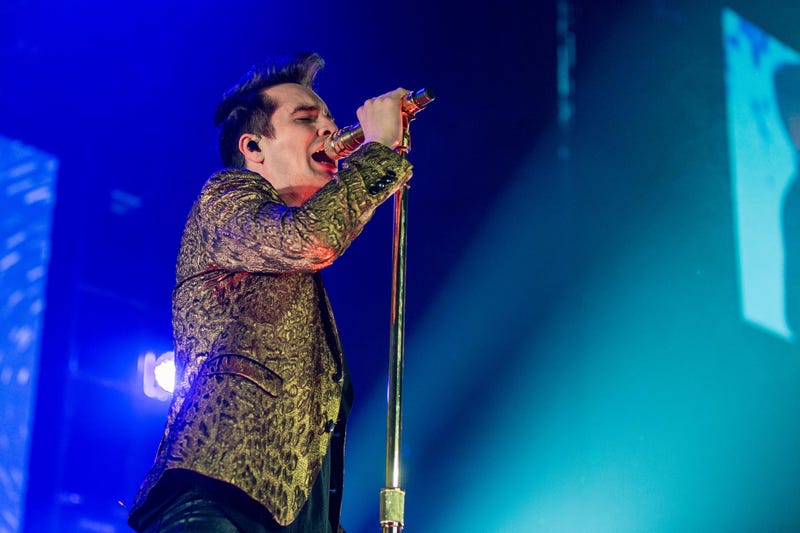 Panic! at the Disco has really been stressing us out with these cryptic announcements.

From having us guess the significance of a video of Brendon Urie brushing his teeth to revealing pop-up shows the night before they happened, we’ve really had to work to figure out what the h*ck is going on. Their most recent scheme features billboards like the one below posted in various cities. We need answers!!

As I’m a part-time detective and a full-time Panic! at the Disco fan, I’ve spent the last few hours trying to figure out what these billboards mean.

👀👀 anyone else find these in their city? There are 28 out there, what could this mean 🤔 https://t.co/eCUGPAnHOS

While the number 28 matches the amount of dates on their upcoming headline tour, there are billboards in cities without tour dates. So that theory is debunked. Could there be new tour dates on the way?

The bright green billboards all say slightly different things but each one features “6.13” on it. Tomorrow’s date.

Fans have speculated that the date corresponds with a previously hinted release date for “King of the Clouds.” The track will be featured on their upcoming album, Pray for the Wicked. A super short audio clip for the song was teased at the end of a show recap.

This idea makes the most sense as the track's release date seems to be listed as June 13th on iTunes, although Pete Wentz disagrees.

It’s not king of the clouds.

UP NEXT: Brendon Urie reveals Panic! at the Disco's pre-show rituals and possible tour surprises