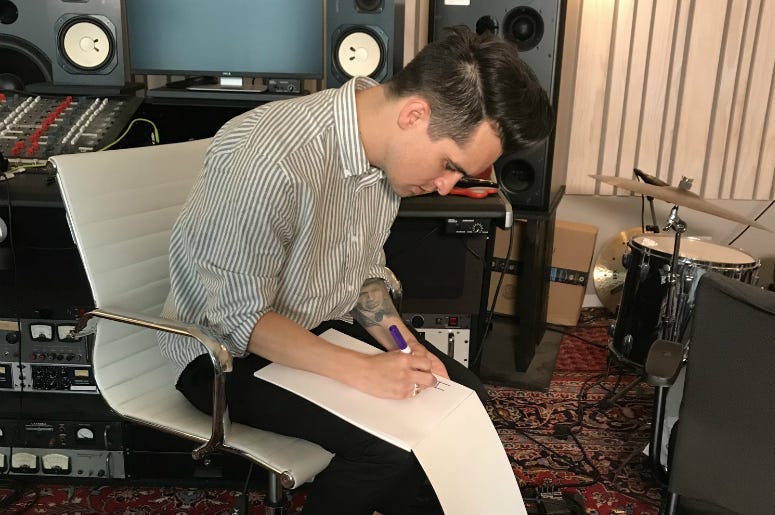 Earlier this week, we tried to figure out the meaning behind the cryptic Panic! At the Disco billboards that have been popping up across the country.

Now, we have a final piece to the puzzle -- one that has us even more confused than we already were. We asked Brendon Urie to draw us another billboard to help make sense of these hints. Watch him draw out the missing billboard below:

Does the emphasis on the word "underwear" have any significance, or is it just a friendly warning we’ll need to change ours soon?

It looks like we’ll officially know what’s going on in less than two hours at 4 pm ET/1 pm PT.

Soon you will be blessed #4et #1pt pic.twitter.com/NXXuxgJ1N3

All of these clues and announcements are leading up to the release of Panic's new album, Pray for the Wicked, on June 22. Can't wait to see what they have in store!