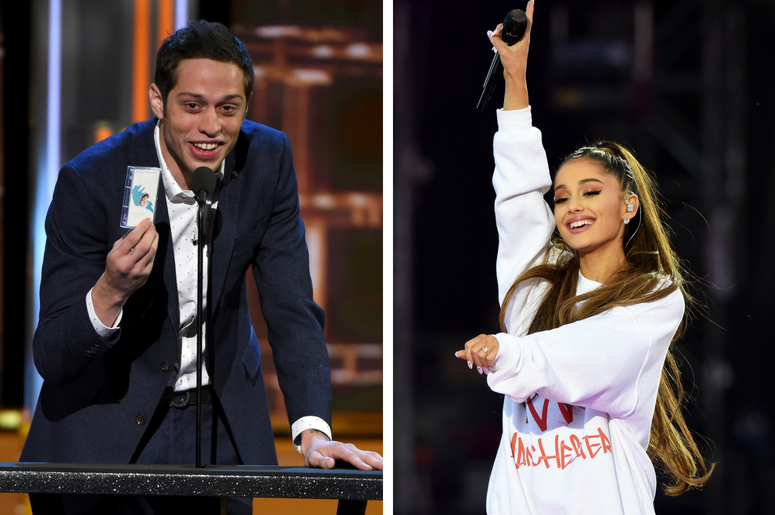 “Now, you know, you didn’t have to get engaged to Ariana Grande to come on our show” jokes Jimmy Fallon. An elated Pete Davidson responds “But I did though!!”

In an appearance on The Tonight Show, Pete officially confirmed he and Ariana’s engagement. The Saturday Night Live star spent the majority of his time on the show gushing about his new woman… and how much he loves Robert Pattinson.

“It’s f**king lit, Jimmy” he jokes. A super brief yet incredibly accurate description of their relationship.

From a $100,000 engagement ring to matching tattoos, Ari and Pete are really the talk of the town. Pete pokes fun at why people care about their engagement at all and wonders why we aren’t more focused on more pressing issues.

So anyway, have you SEEN Ariana’s ring??

Watch his full Fallon interview below:

Despite people’s doubts due to how quickly this relationship has come about, nothing can diminish the genuine excitement and pure joy in Pete’s eyes when he talks about Ariana.