“Dude! You got VIP passes to PANIC tonight!” is a text we can only dream about getting woken up by.

Little Beebo is the adorably problem-causing, puppet version of Brendon Urie. After making his debut in their “Hey Look Ma, I Made It” video, the little rascal is back and bringing more shenanigans trailing behind him. 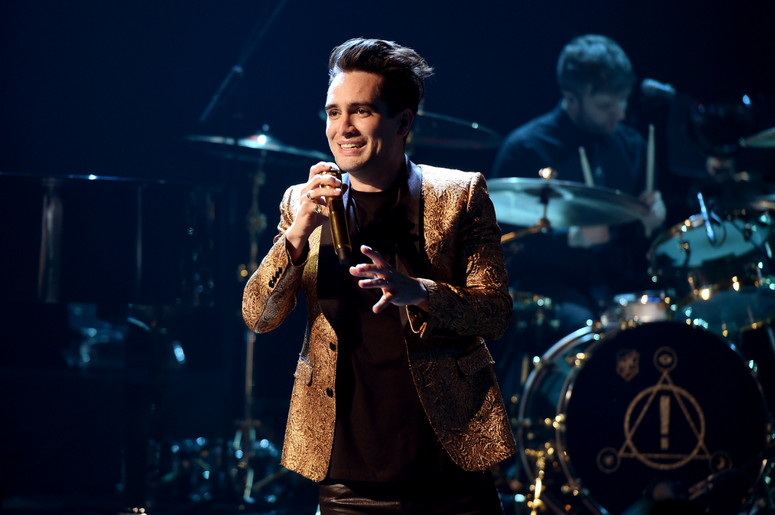 Brendon Urie Explains Religion’s Role in New Panic! At The Disco Album ‘Pray for the Wicked’

The new video for Pray For The Wicked track “Dancing’s Not A Crime” depicts Little Beebo as a huge Panic! At The Disco stan. From having Brendon Urie as the background on his phone to dancing side stage at a show on their current Pray For The Wicked Tour, this tiny puppet is living our dream life.

Despite his incredible opportunity to be Brendon’s groupie, the puppet ruins it by causing problems and continuing on his binge-drinking rampage. “Why does Brendon keep giving this guy passes?” longtime tour manager and right-hand man Zack Hall asks while dragging the plastered Little Beebo out of the venue.

In our exclusive interview, Brendon Urie gave a look into how their most recent album came together. Hear from the real Beebo on Pray For The Wicked's themes and how tracks like single "High Hopes" were written.