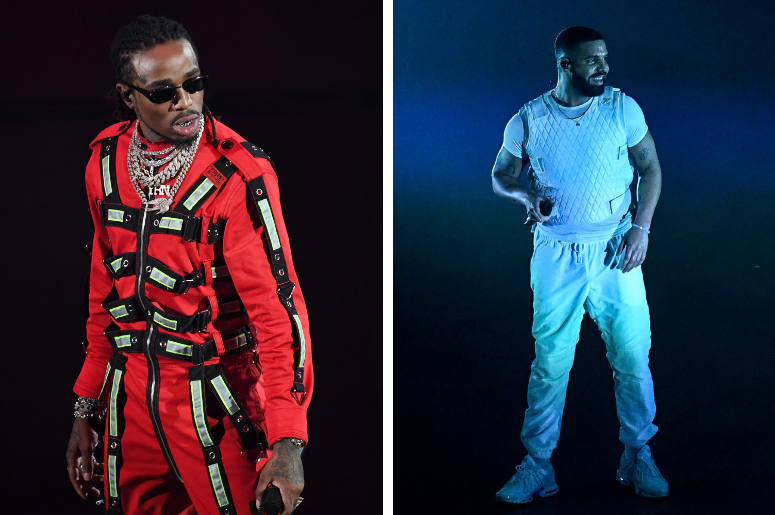 While we’re already aware that Drake is one of the most prolific artists and seems to have hits ready to go at any time, writing one song every day of tour still comes as a shock.

In a new interview with Complex, Migos’ Quavo revealed that there was no time for breaks on their Aubrey and The Three Migos run. The tourmates have previously teased a collab album together, and now it sounds like they’ve already got enough tracks to make at least three.

"We did 56 show dates. Every day, we made a song. So that’s 56 songs," he explained of their nonstop work schedule. He also promised that Culture III is still coming in the near future.

Get a taste of their work together with previous collab “Walk It Talk It.”